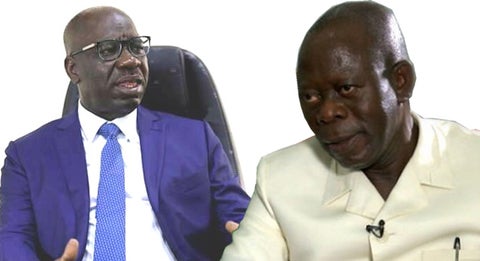 The governor of Edo State, Godwin Obaseki has been disqualified by the All Progressives Congress (APC) on Friday.

Obaseki, who has been having running battle with his political godfather, Comrade Adams Oshiomhole was on Wednesday screened by the panel alongside others ahead of governorship primary scheduled for 22nd June, 2020.

Obaseki’s disqualification was announced at the party headquarters in Abuja on Friday.

The Chairman of the screening committee, Professor Jonathan Ayuba, said only three aspirants were qualified to contest for the primary.

Ayuba said the screening committee observed some defections in Obaseki’s certificates, adding that, the Higher School Certificate which he presented did not exist.

He added: “The National Youth Service Corps certificate he presented did not have his name properly written.

“Based on these, the committee said the governor is not qualified to contest for the party primary scheduled for June 22. ”