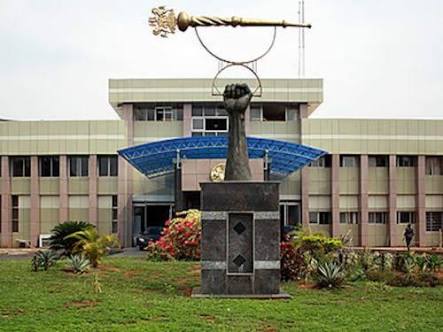 The goveenor of Edo State, Godwin Obaseki has ordered the shutting of the State House of Assembly for 14 days.

The shutting was for fumigation and decontamination of the Assembly complex against COVID-19.

The development followed the governor’s directives ahead of the APC’s primary election which he advised APC governors interested in coming to Benin to observe the election to be quarantined for 14 days.

Obaseki also advised the former National Chairman of the All Progressives Congress, Adams Oshiomole to stay away from Edo State.

In a statement, Acting Director, Administration and Supplies, Stephen U. Guobadia, on behalf of the Clerk of the House, said the leadership of the House has directed all management staff of the House to remain at home for 14 days until after the exercise.

According to him, “I am directed to inform all staff of Edo State House of Assembly that the Leadership of the House has instructed that all Management Staff remain at home for 14 days from Tuesday, 16th June 2020.

“This is as a result of the fumigation exercise to be carried out in the Assembly Complex at three (3) different times.

“All Management Staff are advised to leave their phones open in case of further information.”

Related Topics:AssemblyEdoGodwin Obaseki
Up Next