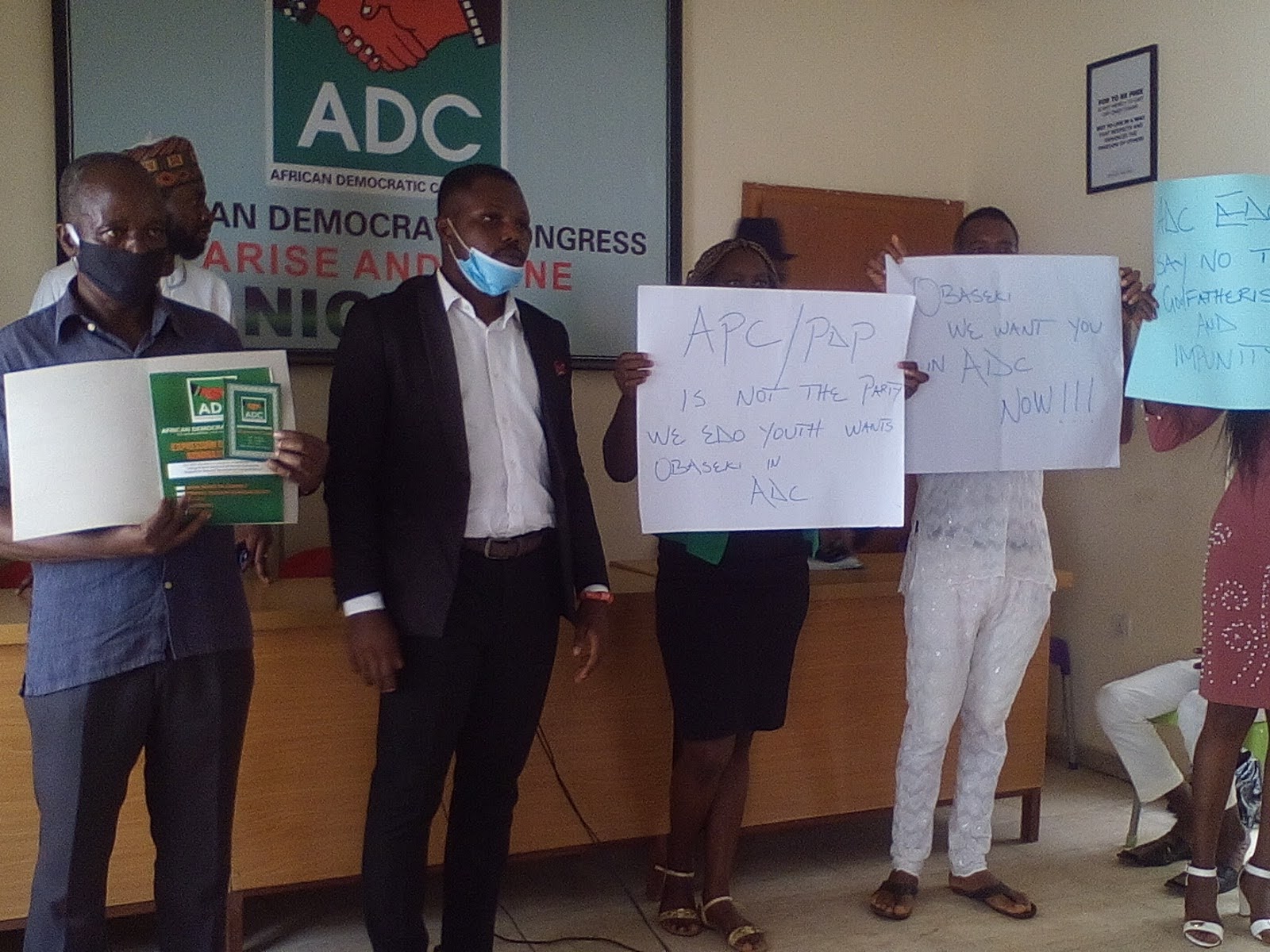 As crisis rocking the Edo State governorship race gets ferocious by the day, youths in Edo State on Wednesday purchased the governorship expression of interest and nomination forms for the incumbent Governor, Godwin Obaseki.

The youths stormed the National Headquarters of the African Democratic Congress (ADC) condemning the epic battle of political godfatherism in Edo State by the National Chairman of the All Progressives Congress APC, Comrade Adams Oshiomole.

They said that the attempt by Adams Oshiomole to return godfatherism into Edo politics was a bad omen at this time.

“We have consulted widely before arriving at the ADC option.

“We know what the Africa Democratic Congress (ADC) represents and we are optimistic that Godwin Obaseki will the governorship election on this platform. 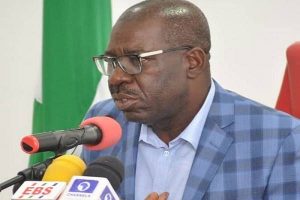 The Special Assistant to the National Chairman of ADC, Mr. Nzekwesi Samuel Emema who addressed the youths on behalf of his principal, said they have made the right choices.

According to him, the ADC is a party who’s ownership is the people, hence, the decision for anything lies with the people.