The death of Honourable John Abbah, late hours on Tuesday at an undisclosed hospital in Abuja has increased the tempo of fears particularly among the elite in Kogi State.

Hon. John Abbah who represented Ibaji State Constituency in Kogi State House of Assembly and a former Deputy Majority Leader died barely a week that the Personal Assistant to the State Governor, Abdulateef Suleiman died after a brief illness at an Abuja hospital.

This is even when Kogites were still mourning the demise of the President, Customary Court of Appeal, Justice Ibrahim Shaibu Atadoga who died last Sunday.

The fears in the State were as strong as the suspicion of linking high profile deaths to any diseases, particularly that ailments of those who died so far has not been disclosed.

Read Also:  Secondus not under pressure for justice, has no case in Court against PDP

CAPITAL POST reports on Wednesday that
Hon,. Abbah, a second timer to the State House of Assembly died at the late hours on Tuesday in an Abuja hospital where he has gone to treat an undisclosed complication.

Reacting to the lawmaker’s demise, the State Governor, Yahaya Bello has expressed sadness over the death of Hon. John Abbah, describing the late Abbah as a loyal and dedicated stalwart of the All Progressives Congress (APC) in the state whose contributions to the stability and growth of the party remain overwhelming.

In a statement issued by governor Bello Chief Press Secretary, Onogwu Muhammed in Lokoja on Wednesday, the governor said the late Abbah was a seasoned and thorough bred lawmaker who contributed immensely to the overall development of his constituency and the State as a whole through his various people-oriented bills and motions. 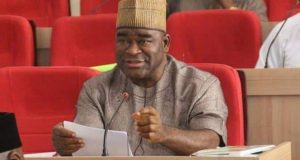 In particular, governor Bello mentioned that Abbah played a significant role in the harmonious relationship that has existed between the executive and the legislative arm of the state.

While the governor said that the state would miss the deceased lawmaker’s wealth of experience and contributions to the growth of the legislative arm of the state, he condoled the immediate family of the late lawmaker, Kogi Assembly Speaker, members of the State Assembly and the people of Ibaji Constituency over the irreparable loss.

In a related development, Governor Bello also extended his condolence message to the deputy majority leader, Kogi State House of Assembly, Hon Abdullahi Balogun over the death of his father, Alhaji Hassan Balogun, who was also a former Ajaokuta local government Chairman in the State.

The governor described late Hassan Balogun as a man of wisdom whose wealth of experience and truthful advice will be greatly missed in the State.

Nigeria-Ghana impasse: Group issues 72 hour ultimatum for perpetrators to be brought to book