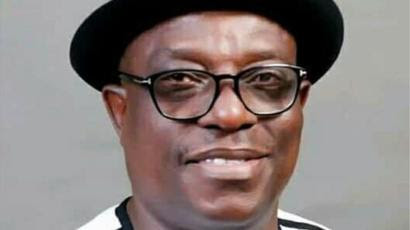 The Deputy National Chairman of the All Progressives Congress (APC), Victor Giadom was on Sunday suspended from the party following the fact finding Committee’s recommendation.

He was suspended by the Rivers State chapter of APC over his alleged infraction on the party’s constitution, a statement issued by Livingstone Wechie, media adviser to Acting Chairman Igo Aguma, has said.

According to the statement: “The committee recommended that Victor Giadom be immediately suspended from the party and every party activity for his numerous infractions of the party constitution and conduct, which have brought the party into irredeemable disrepute.

“That Victor Giadom should immediately write a letter of apology to the party and same should be published in three national newspapers.

“The Committee report, which was presented to our state Executive Committee meeting, was accepted and adopted as the position of the APC in Rivers State. ”

APC National Vice Chairman (Northeast), Salihu Mustapha, said Giadom did not resign but was given a waiver to contest the deputy governorship election last year.

He said the National Working Committee (NWC) gave Giadom a letter when he returned after the election.

He said: “These two letters are invalid. They are as useless as the paper they are written on because neither the Chairman nor the NWC has the power to grant a waiver on such issue.

“There is no such provision in our constitution. If the Chairman has given such a letter, it is irrelevant and invalid.”

Mustapha said Giadom was on September 14, 2018, granted a waiver in a letter signed by suspended National Chairman Adams Oshiomhole under Article 31 of the APC constitution.

Mustapha said the alleged move to replace Giadom with Mr Worgu Boms had no legal basis.

“I will not be a party to any injustice irrespective of who it’s meted on. The same way I didn’t support the ousting of the National Organising Secretary and the Publicity Secretary, I will not accept that of Mr Giadom.

“We are all colleagues; we should be more focused on reconciliation, not baseless witch hunts,” he said.