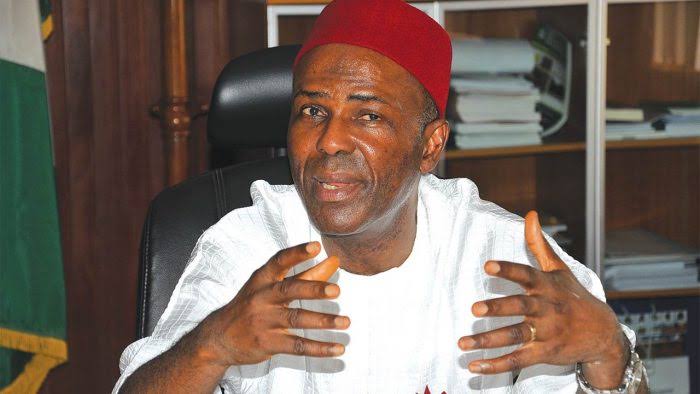 Raw Material Research and Development Agency, a parastatal under the Federal Ministry of Science and Technology on Monday a shocking revelation that a “Kilishi” production machine has been developed after 32 years of tortuous effort.

Its Director-General, Professor Hussani Ibrahim stated this while briefing the lawmakers on activities of the agency.

“Kilishi” is a popular locally spiced meat delicacy in the North of Nigeria.

The disclosure followed the Chairman of the Senate Committee, Senator Uche Ekwenife’s request for the (RMRDC) DG to tell the Committee about the research work his agency had developed so far.

Senate panel were however, shocked that it took 33 years for the “Kilishi machine”, to be developed by an agency of government.

“Our 30 years of research activities, we are still the largest research Institute. But to be candid with you, we are making progress. For now, we have developed a technology to optimize Kilishi production”.

Angered by the DG’s statement, Senator Clifford Order asked if the production of Kilishi was all the success story his agency have to show in 33 years.

Perhaps even more shocking was the revelation that the Raw Material Research and Development Council does not have any laboratory of its own.

“We don’t have a laboratory. We use other laboratories existing in the country,” Ibrahim said.

Funds for RMRDC comes mainly from 1% of Nigeria’s Import tariffs. The agency has the core mandate to develop raw material to boost local production and help reserve foreign exchange.

The Senate Panel was not satisfied with the performance index of the DG and his agency in the regard; worried that it has not been able to save Nigeria huge amount of dollars on yearly basis on importation of goods the country can produce locally.

” What has your agency done or doing to save the country from spending these huge amount of monies on importation of goods that can be produced locally through required raw materials “, he asked .

However Professor Ibrahim in his response said the research council had done a lot within the last 30 years.

The Chairman of the Committee , Senator Uche Ekwunife ( PDP Anambra Central), in her remarks , insisted that the agency must practically leave up to its billings as far as its core mandate is concerned.

She added that the agency will still need to appear before the committee on its expenditure as contained in the 2018 and 2019 budgets.

Ortom commiserates with late Tsav’s family over his demise