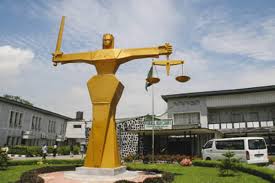 The Coalition of United Political Parties (CUPP)’s suit challenging President Muhammadu Buhari’s request for $22.7 billion loan begins on Friday, 5th June, 2020, the fate of the request has hanged until the court has dispensed with it.

The CUPP was in court to stop the loan saying that the move by President Muhammadu Buhari would mortgage the future of the country.

Part of the relief sought by the opposition political parties which instituted the case through Action Peoples Party (APP) is seeking to stop the loan; restrain foreign donor agencies from lending Nigeria the fund.

Read Also:  FIRS moves against Tax defaulters, as 50% disputed amount to be paid before Court hearing

The applicant, Ikenga Imo Ugochinyere on behalf of CUPP told Justice Ijeoma Ojukwu of the Federal High Court to take notation of his concern in the suit he joined the African Development Bank (AfDB), Minister of Finance, Export-Import Bank, and the National Assembly.

The National Assembly had earlier in the week, “approved another set of loans for President Muhammadu Buhari in two tranches of $5. 5 billion and $22.7 billion.”

The Party is contending that the” “Federal Government and President Muhammadu Buhari are mortgaging the future of
the country by taking excessive loans and that the distribution of the $22.7 billion loan is lopsided since the entire North East and South East did not get any project included within their geopolitical zones.

“The fact is that the loan is tied to frivolous/wasteful projects that will not add any economic value like the 500 million dollars being planned to be wasted on the upgrade of NTA(Govt television station). ”

The judge, Justice Ijeoma Ojukwu has adjourned the hearing of the suit to 1st July, 2020.

Related Topics:$22.7 billionCourtLoan
Up Next