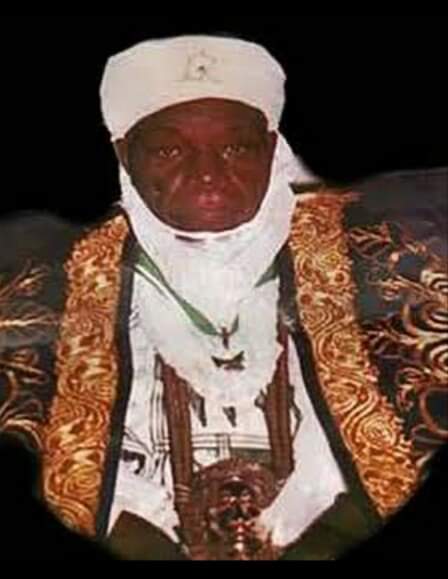 According Concise Oxford English Dictionary, an Emir means “ a title of various Muslim (mainly Arabs) rulers”.  Emir according to Encarta Dictionary is an “Islamic ruler”. In other words, an Emir is a religious leader and not a tribal leader or ruler, and that is why all the areas conquered by Usman Danfodio during his Jihad were/are still being ruled by Fulanis irrespective of their tribes.

The major difference between an Igala traditional ruler and an Emir is in their caps. While the Emir can use caps of any colour (from my investigations), Igala traditional rulers use only red cap. In addition, while the caps of Emirs are tied round with white cloth or covered completely by the cloth towards their jaw, no such cloth or tighting in Igala traditional rulers own. Igala chiefs wear only the cap and occasionally with an array of red feathers which is called Okebe or Ikebe. The array feathers face downward when wore. The red cap means seriousness, braveness and sometimes danger as he can curse or bless someone and it will happen. The array of red feathers called Okebe in Igala but Uloko when it is only one denotes rulership, head or triumphant.But when did Igala chiefs started dressing like Emirs?

It is on record that Igala land could not be captured by either Hausas (Queen Amina) or Fulanis (Usman Dan Fodio) but backdoors arrangement planted them in the area which led to the Islamization of some northern Kogi east traditional rulers. This acceptance was to allow them have the backing of Northern Nigeria rulers in some areas as they (Northern Nigeria rulers) were usually “friends”  to the British authority, oral history revealed. That was how the dressing of Igala traditional rulers like Emirs started in Kogi east Igala land.

Then when did it spread to other parts of Kogi east?

After the joining of the ancestors by Attah Ameh Oboni in 1956, it was reported that Northern Regional leaders immediately installed Prince Christopher Ocheja Otulukpe Obaje as Attah Igala after they had converted him to Muslim. The installation process did not include any Igala cultural process or tradition as the Attah Igala King makers were also boycotted, thus making him regarded by them like an Islamic ruler or Emir-like ruler. In other to please them, he had to dress like Emir occasionally especially when going for the meeting of Northern region traditional rulers.
Almost all the Igala traditional rulers in Idah and around that are of Islamic faith started dressing like Emirs. Well, they had to please the Attah, and by extension, the northern rulers, isn’t it? That was how many traditional leaders in and around Idah joined their counterparts in the northern part of Kogi east Igala land in dressing like Emirs.

In fact, at a particular time, Attah Aliyu Obaje was quoted to have said that Igala originated from one Arab country. This justifies the dressing of some Igala rulers like Islamic or Arab rulers, isn’t it? And the northern leaders were please, a source informed me.But hold on! Are you blaming the Attah for dressing like an Emir or having other traditional rulers joined him to dress like that? Or are you blaming him for saying Igala people are of Arab tribe indirectly?Take a look at these Igala adages:“When the person beside you has his beard caught by fire, you rub your own with water”.

Another, “when the person at the front kicked his leg against a wood or stone, those behind should be prepared”. Also, “if how we said is not like how we said, then the how we said will kill the person”.

Finally, “no one kicks away the stone used in supporting or wedging his seat”.The same people who perfected the dethronement of  his predecessor (Attah Ameh Oboni) before he committed suicide were the same people who brought him. Attah Aliyu Obaje. Opposing their instructions or not doing what will please them will be like shooting oneself on the foot. He can still be removed by them. So, it was not his fault.

However, as the present Attah Igala, HRM Agabaidu Idakwo Ameh Oboni II became Attah in 2013 after the then (HRM Alh Aliyu Obaje) went to the other world in 2012, the Emirship dressing was banned with the exception of Angwa Chiefs who and other chiefs with Islamic titles. All those in and around Idah went back to their red cap even till date.
Although many traditional rulers abandoned  the way of dressing like Islamic Rulers (Emir, according to Encarta Dictionary), some traditional rulers in the Northern part of Kogi east are still dressing like Islamic rulers, though very few. Please note: History is just an explanation of past events. This is what is done here by me based on what I was told orally.

Suicide among elderly persons on increase in Niger – Investigation