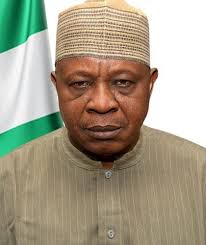 The Permanent Secretary in the Federal Ministry of Science and Technology,  Dr Mohammed Umar Bello has been queried by the Head of the Civil Service of the Federation over misappropriation to the tune of  312 billion.

In the documents which was obtained by CAPITAL POST on Monday indicated that the 2018 Appropriation of the Federal Ministry of Agriculture was released up to 99. 44% totalling: N98, 405,763,678.68.  Of the amount released,  the Permanent Secretary did not pay eligible contractors,  a development that has left a contractual liability of the Ministry to the tune of N48,429,543,895. 72.

The Permanent was said to have spent the sum of N7,732,208,135.18 in the first quarter of 2019 virement without authorization,  saying it was against the financial regulation which guides public expenditure.

The Permanent Secretary was queried for the supervision of purchase of a building to be used by the Ministry of Agriculture to the sum of N7,044,746,264.06,  “without the conduct of  mandatory statutory structural and mechanical integrity tests and without a  prior approval of the Federal Capital Development Authority,  a situation that turned out to be an uncompleted building.

Dr.  Bello allegedly misapplied the intervention funds to the sum of N2,026,838,775.25 meant for Strategic Grains and Establishment of Rural Grazing Area to the effect that he diverted the funds for payment of contract under questionable circumstances.  In addition he used the sum of N3,527,300,419.00 for contracts that were not captured in the 2018 Appropriation.

Part of the query reads: “As accounting officer, you oversaw a transaction for the purchase of a building for the purchase of the Ministry of the sum of N7,044,746,264.06 without the conduct of the mandatory statutory structural and mechanical integrity tests.

“The above allegations are act of serious misconduct as provided in PSR 030401 and 030402 and if proven can lead to dismissal from service”, it said.

In the preliminary/query letter which was issued on 11th  May,  2020 detailing the alleged fraud which are incompatible with the financial regulation,  urged the Permanent Secretary to respond within 72 hours.

The letter warned that failure to respond within the stated time would be taken to be admissibility of the allegations which would lead to outright dismissal from service.

However,  effort by our correspondent to reach the Permanent Secretary did not not yield result as his phone did not go through at the time of filing this report.