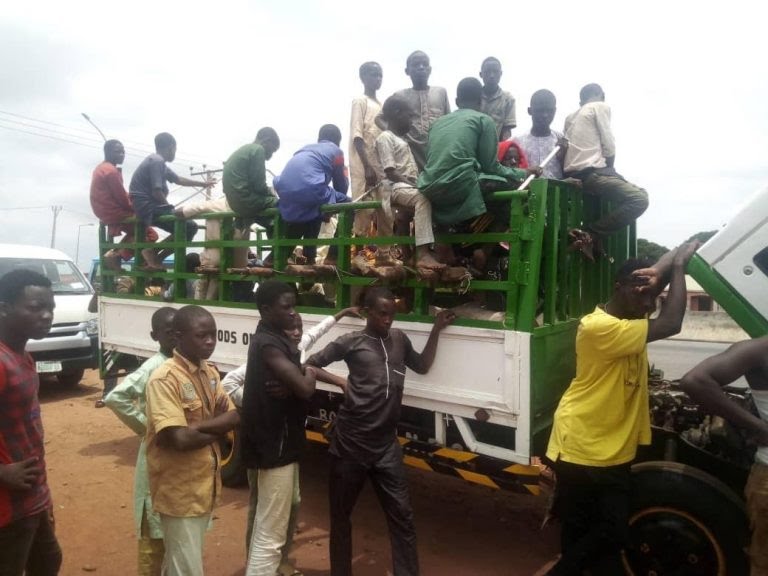 A border patrol team comprising Peace Corps members,  local vigilante, Border   COVID-19 Taskforce had intercepted truckloads of Almajiri who are on the way to Calabar on Thursday night.

They were intercepted at the Garkem  border town in Bekwara Local Government Area near Benue State.

Cross River State Government on Thursday ordered five truckloads of almajiri, including other passengers from the northern part of the country back to its destination.

Read Also:  Why I fought Jonathan, despite his good legacies in office - Oshiomhole

The team was led by the state commissioner for youths, Signor Omang Idiege, who said it was the result of intensive search and blockade of interstate vehicular travels, which his team was poised to enforce.

“After a thorough check on the five trucks and discovered that most of the passengers, aside goods, were almajiri, who did not meet COVID-19 protocols, we had to force them to return. ”

The State security adviser, Dr Alfred Mboto, said his officers at the scene have briefed him about the development.

“We got a report from our security and task force teams at the Garkem border town yesterday night that trucks carrying large number of children from the north alleged to be almajiri were intercepted after thorough check, and have been turned back.”

President Muhamadu Buhari had banned interstate movements from May 4 as part of measures to curb the spread of COVID-19 in the country.

However, there have been reports of movement of almajiri from the northern part of the country into the south.

Nigeria has a total of 103 coronavirus-related deaths since the index case was reported in February.

This is according to the latest update by the Nigeria Centre for Disease Control, NCDC on Wednesday, which also confirmed 195 new cases of COVID-19, taking the country’s total to 3,145.

How we killed Benue most notorious wanted criminal – Enenche