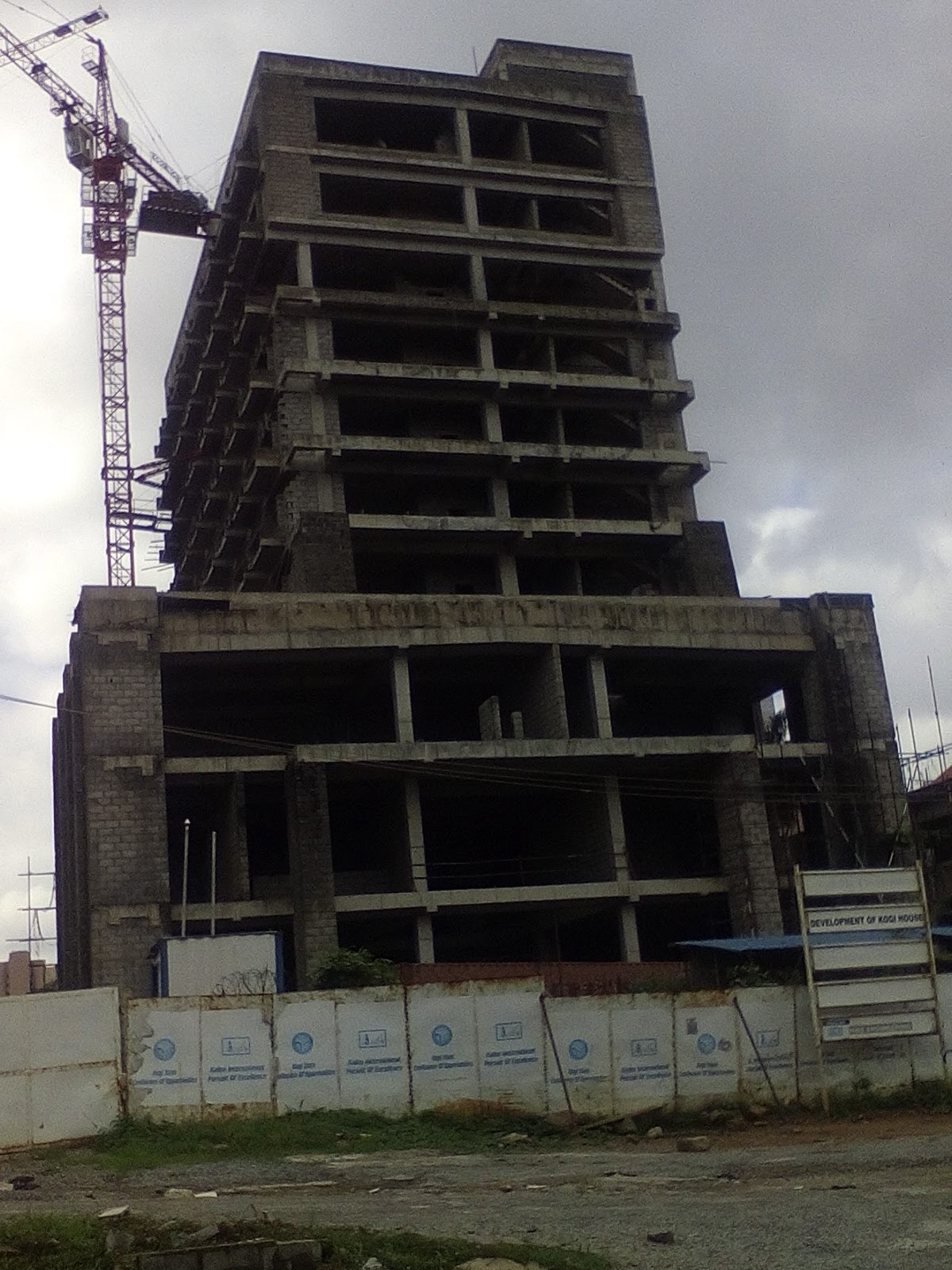 Today,  Kogi State is one among the 36 States of the Federation that has no house centrally located in Abuja,  Federal Capital Territory.

Every State Government has its house named after it.   An investment which rakes in revenue for the state particularly in Abuja where investment in real estate is a serious business that boosts the internally generated revenue for the State.

The multi-billion Kogi House, which is located in the Central Area directly opposite Abia House in Abuja was nearing completion before Idris Wada who started it left office.

Alhaji Idris Wada,  a Peoples Democratic Party governor who spent only four years before he was dislodged in November 2015 governorship election which the then late Prince Abubakar Audu of the All Progressives Congress (APC) won before his tragic death was building the House through Kogi Investment and Properties Limited.

Sources told CAPITAL POST in Abuja that the Construction firm,  Kaibo Group Holdings Limited was well mobilised by Idris Wada administration to get the building to an advance stage,  but Alhaji Yahaya Bello out rightly denied the firm of funds to complete the building.

It further said,  effort to convince governor Bello on the potentials of completing the project to the advantage of the State proved abortive.  The Governor was said to have not been comfortable with the project which was started by the predecessor.

Effort to know how much was spent so far was not successful,  but sources indicated that an upward of 75% of the fund  was released by Idris Wada before he left office.