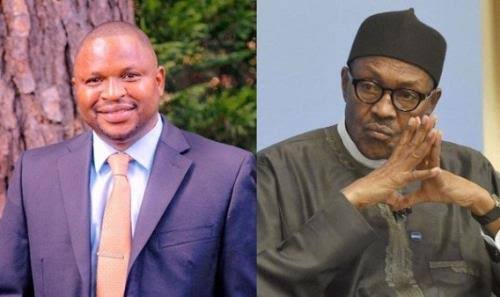 Few appointments have generated as much excitement— and entranced the imagination of Nigerians— as the appointment of Ibrahim Agboola Gambari as Muhammadu Buhari’s Chief of Staff.

The Emir of Ilorin thanked Buhari for it even though there is no record of him publicly thanking Olusegun Obasanjo when Abdullahi Mohammed, another Ilorin son, was appointed Obasanjo’s Chief of Staff in 1999—and reappointed by Umar Musa Yar’adua in 2007.

The Northern Governors’ Forum also congratulated Gambari on his appointment even though they had never congratulated two previous northerners who had occupied the position.

And then you have mostly Yoruba irredentists who are intensely apoplectic about Gambari’s appointment for both legitimate and utterly asinine reasons.

The office of the Chief of Staff to the president, an ordinarily unremarkable secretarial job in the presidency, is attracting this quantum of outsized attention because of what it became when Abba Kyari held it.

As I noted in my May 13, 2020 social media update titled “Ibrahim Agboola Gambari: A Presidential Babysitter Who Won’t be as Powerful as Abba Kyari,” “The only reason the position of CoS to the President has become uncharacteristically visible in the last five years is that Buhari is both too cognitively incapacitated and too splendidly incompetent to function as president, so he needs a proxy or, as I pointed out in my April 22 status update, ‘a babysitter, a political and intellectual babysitter.’

“As a military dictator, Tunde Idiagbon was Buhari’s political babysitter from 1983 to 1985. The late Salihijo Ahmad’s Afri-Projects Consortium (APC), was ‘the sole manager of the PTF projects,’ according to Ray Ekpu’s June 5, 2018 article titled, ‘Petroleum Trust Fraud.’ In other words, Buhari couldn’t even manage a government agency as small as the PTF without needing babysitting. Of course, most people know that since 2015 until his death, Abba Kyari was Buhari’s proxy.

“Mamman Daura, on whom Buhari is intellectually and emotionally dependent, ‘created’ Abba Kyari for Buhari but Kyari later grew into a Frankenstein that almost devoured his ‘creator.’ Daura wants no repeat of that and sees a potentially dutiful factotum in Gambari who was Buhari’s external affairs minister from 1984 to 1985.”

In other words, Gambari was appointed CoS precisely because the intellectual and political powerhouse behind the Buhari regime chose to return the office to its previous lusterless, clerical drudgery. The Buhari cabal initially proposed a northern Christian as a replacement for Kyari to ensure that the position is stripped of the atypical influence Kyari brought to it—and to bring a little dash of token diversity to the Presidential Villa.

They later chickened out and settled for Gambari because, although he is a brilliant, globally connected scholar-administrator, he is also notoriously malleable, manipulatable, and usable. (Anyone who can defend Abacha’s tyranny and deride Ken Saro-Wiwa and his comrades as “common criminals” in the aftermath of their horrendous judicial slaughter can do and defend anything.)

Most importantly, although he self-identifies as the descendant of a Sokoto Fulani man who migrated to Ilorin in the early 1800s, he is too culturally removed from members of the Aso Rock cabal to be an insider.

In Nigeria—and elsewhere—identity is performed mostly through language. Gambari doesn’t speak Hausa. When he appeared in the Presidential Villa on Wednesday, for instance, Buhari’s protocol officers welcomed him in Hausa, but he responded to them in English.

When the Presidential Villa correspondent of an international Hausa broadcasting station asked to get a soundbite from him in Hausa, he said he wasn’t proficient enough in the language to give one. This isn’t surprising for people who have studied his biography.

Gambari spent his formative years in Ilorin and Lagos where he was exposed to only Yoruba and English. When he came to Ahmadu Bello University in Zaria as a senior lecturer in 1977, he was already in his 30s by which time the window of opportunity to learn a new language had closed for him. So he will always be an outsider on the inside.

Read Also:  Buhari exonerates self in Sanusi's removal 24 hours after

This is particularly significant because Buhari has difficulty forming deep informal interpersonal relationships with people who don’t speak Hausa. In my October 21, 2017 column titled, “World Bank, Buhari, and Presidential Subnationalism,” I referenced this trait of socio-linguistic insularity in Buhari.

I wrote: “Buhari’s interpersonal discomfort with, and perhaps contempt for, Nigerians who are different from him—often expressed through awkward snubs and linguistic exclusivism—go way back. On page 512 of Ambassador Olusola Sanu’s 2016 autobiography titled Audacity on the Bound: A Diplomatic Odyssey, for instance, we encounter this trait:

‘I was asked by the Ministry of Foreign Affairs… to accompany Major-General Buhari on a trip to West Germany when he was Petroleum Minister in 1978,’ he wrote. ‘During the flight, to and fro, [he] did not say a word to me even when we sat side by side in the first-class compartment of the plane. When we got to Germany and went to the Nigerian Ambassador’s residence, [he] spoke entirely in Hausa throughout with the Ambassador-in-post. He did not speak to me throughout the trip. I was deeply hurt and disappointed.’”

As far as Buhari and his handlers are concerned, Gambari is only a little more culturally familiar than Sanu because of his Muslim faith. The fact that they settled for him to lend a veneer of “diversity” to the face of the presidency is all the proof you need to know that they don’t regard him as one of them.

In other words, people who are congratulating Gambari because they think he’d be another Abba Kyari who would overstep the bounds of his office and represent Nigeria abroad to negotiate deals, invite the INEC chairman to his office and tell him how to conduct elections, remove the Chief Justice of Nigeria and replace him with a man that is amenable to his wiles, determine who gets a government appointment and who is excluded, etc. would be disappointed.

And Yoruba irredentists who are imputing motives to, and delegitimizing, his middle name because they think he’d be another Abba Kyari should have their hackles down. He doesn’t bear Agboola because he needs the validation of Yoruba people in the southwest. He bears it because there is no Ilorin person who doesn’t bear a Yoruba name.

In a two-part column I wrote in August 2018 titled, “Ilorin is an Ethnogenesis: Response to Kawu’s Anti-Saraki Ilorin Purism,” I said, “I know of no Ilorin person, whatever his or her ancestral provenance, who does not have a Yoruba given name.”

The current emir of Ilorin, who is the son of Ibrahim Gambari’s older brother, was known as Kolapo throughout his professional career. He only became “Ibrahim” after his ascendancy to the Ilorin emirship. Although Tunde Idiagbon traced patrilineal descent from Fulani ancestors, he never identified with his Muslim given name, Abdulbaki, throughout his life. In fact, he gave all his children Yoruba names: Adekunle, Babatunde, Ronke, Mope, and Bola.

Contrary to what Gambari’s Yoruba critics allege, Yoruba names are the authentic appellative identities of Ilorin people. Their Muslim—and sometimes Fulani—first names are often opportunistic appellative appendages to court the acceptance of political power wielders from the far north.

I have lost count of the number of times my Ilorin friends’ parents unintentionally disowned their children when I went to look for them in their homes using their Muslim names as their only identifiers. They recognized their children only when a younger relative who understood the people I was describing identified them by their Yoruba given names.

What both the cheerleaders and critics of Gambari are missing is that he was appointed to his position because the people who “own” the Buhari regime have decided to return the position to its former unremarkable, pre-Abba Kyari state. Let Gambari be.

Kogi PDP: Things fall apart, the centre may not hold

NCDC vs Yahaya Bello: What an arrant nonsense of an infantile governor