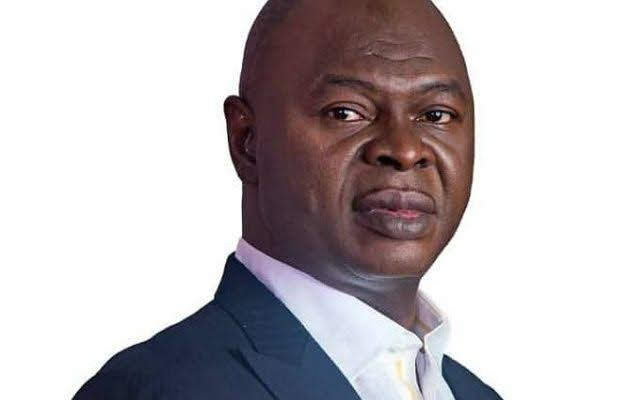 It has being about a week now, when the fake news broke out on the expulsion,not even suspension of one of the strong contenders to the seat of Kogi governor,under the platform of People’s Democratic Party PDP in Kogi state, His Excellency Alhaji Abubakar Ibrahim, orchestrated by few unknown players and party members over bogus allegations that bothers on his fundamental human rights, to take back a stolen mandate, without evidence and claims laid to the actions of this group of ‘annointed’ leaders.

These group who believe strongly that the medium of communication rather than deployed positively to the advantage of the generality of the people, preferably hijacked the process to soothe their whims and caprices.

Initially, it was dramatically reported on the social media, not even the conventional media, by those that are beating the drums and dancing to the tunes at the same time, laying strong claims to their victims anti party activities, recalcitrant to the disciplinary committee set up to look into some allegations against him and further to these, non financial member of PDP, which he was a member since 1999. What an irony of arriving at a unilateral decision!

Read Also:  Taraba APC crisis: Those calling for my expulsion from party are criminals - Ex-governorship aspirant

Having taken both the drivers, passengers and the conductor’s seat in Kogi PDP, this group of ‘God sent liberators of the party have refused to do the needful,  as uptill this moment, no letter concerning the purported ‘EXPULSION’ of former PDP Governorship aspirant, had been delivered either to his ward, local government, State and by extension Abuja office..Oooh May be the courier office are still searching for the right address?

The originators of the purported expulsion of PDP Governorship aspirant in Kogi, who were not even members of the party in Omala local government, but entirely from another local government in Kogi State, disappeared to their cocoons, and resorted to all forms of defence, to drive home their points, after forcing the Icheke ward chairman to concede under duress, reluctantly.

Not even the local government chairman of PDP in Omala, where the party starlwart hail from,is aware of this crude decisions of self installed party leaders in Kogi, negating the process of administrative provisions, that guide the once formidable ruling party and symbol of opposition in Nigeria, into a child’s play in the hands of the new Lords of PDP in Kogi.

Could they have gone desperately to forge the purported letter of expulsion of Alhaji Abubakar Ibrahim, may be it is not far from it, as both their darling social media and conventional media could not display both the message, contents and the messenger of doom that wants to befall Kogi PDP.

It became worst, when no single member of State Working Committee of the party in Kogi state, was aware of the media hype expulsion of the former Governorship aspirant, an indication that the poisnous meal was cooked, served and fed within the new party echelon, whose feeling for due process is needless.

Aside party issues and party leaders claim of not privy to the drama of expulsion, PDP members across the 21 local government areas of the state, public opinion poll, and the generality of both members of political party feign attention to the unilateral decision of some party members in Kogi.

The odd against them did not end there, the timely decision of this self centered party officials, succeeded in atrracting more followership, supporters and canvassers who saw the decision of the party, if at all, was unthinkable, arrogated purposely to distract his quest to prosecute his matter at the Supreme Court.

Both State and National leadership of PDP, deliberately shy away from the unavoidable embarrassment of the inactions of the few ‘Idi Amin’ party leaders in Kogi would have caused the vibrant and formidable opposition party, PDP.

Even though, teaching the self installed party leaders the sane process of adminstrative  procedure is belated, but it is also better late than never, that a departure point of a process is at the point of issuance/deliverance, if at all, rather than deploying at the point of concieving. This again is an indication that they have goofed in all ramifications.

But the unaswered questions on the lips of misinformed Kogites and Nigerians is ‘Where Is The Expulsion Letter’ ?, even if it was forged.

The time to purge PDP for genuine reconciliation is here without reservations.

Related Topics:ExpulsionKogi PDP
Up Next

PDP sweeps all LGAs in Saturday’s election in Benue