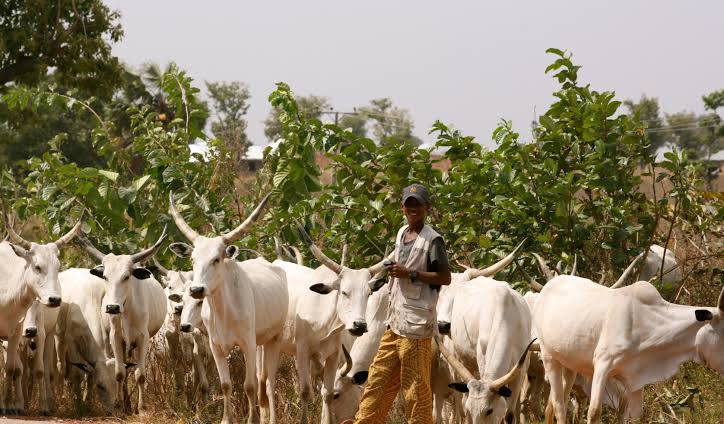 Stakeholders of the Benue South Senatorial District on Wednesday threw their weight behind the implementation of the Open Grazing Prohibition and Ranches Establishment Law of the State.

They also pledged a sustained support against kidnapping, cultism, banditry and other crimes in the area, saying that governor Samuel Ortom was doing well in tackling the insecuity in the State.

This followed Governor Samuel Ortom’s demand in his opening address, for a firm commitment from the stakeholders to collaborate with his administration in improving security in the area.

In a communique read by the Governor shortly after the meeting, the Zone C stakeholders “unanimously agreed to support the Open Grazing Prohibition and Ranches Establishment Law. ”

He also suggested the establishment of a security post in Agila, Ado Local Government Area to help resolve boundary issues in the area.

The meeting also resolved that the crisis arising from the boundary dispute between Taraku and Otukpo be resolved as a matter of urgency while urgent steps are taken to address kidnappings in Adum and Ito.

The leaders also encouraged the periodic conduct of seminars and workshops for traditional rulers and other stakeholders to understand Chieftaincy laws and their responsibilities as well as give orientation to youths on cultural values.

The meeting encouraged Benue people to intensively take up agricultural activities as the next foundation of the Nigerian economy following the near collapse of the international oil market.

It was also part of the resolutions of the meeting that Vigilante Groups be repositioned with the inauguration of the Community Policing Advisory Council to complement conventional security agencies in the state.

Related Topics:BenueLawOpen Grazing
Up Next

Buhari preaches peace as a way to develop Africa