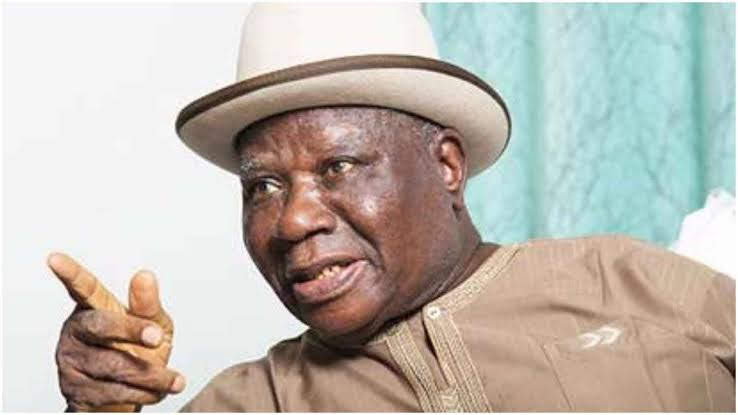 The Deputy President of the Senate, Senator Ovie Omo-Agege has extolled the leadership virtues of elder statesman and former Information Minister, Chief Edwin Clark on the occasion of his 93rd birthday.

While describing Chief Clark as a crusader for equity and justice, Senator Omo-Agege applauded him for his patriotism and commitment to peace.

In a special congratulatory message to the nonagenarian, the Delta Central lawmaker noted that he has continued to work for the nation’s unity and progress.

Omo-Agege who doubles as Leader of the All Progressives Congress (APC) in the South-South, commended him for his unwavering pursuit of the unity of the country, particularly his maturity in speaking for the good of all Nigerians, promoting the South-South quest for a new developmental vision and supporting the cause of the poor and vulnerable.

He prayed that the almighty God will grant the elder statesman longer life and good health.

“I heartily felicitate with you, your family and join your friends, associates and innumerable admirers to celebrate with you on your birthday and wish you good health and greater prosperity in the years ahead.

“No one is in doubt of your commitment to nation-building. You have immensely contributed to Nigeria’s growth both as a public servant and as a private citizen, offering counsel to several administrations.

“You have remained a role model to the younger generation and an icon of service and sacrifice,” Omo-Agege said.