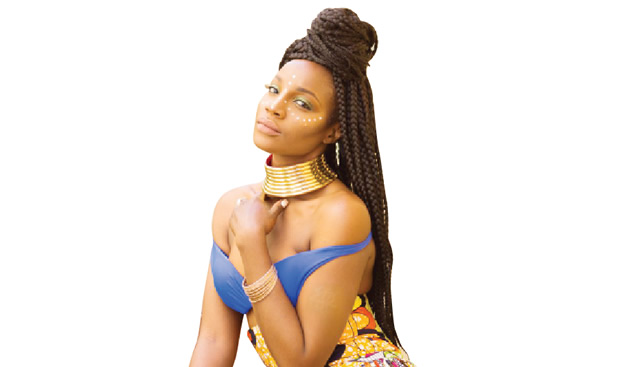 Nigeria’s foremost Singer, Seyi Shay, has come under heavy criticism from fans and non fans alike over her nude pictures on her Instagram age.

Social media enthusiasts went wild in passing all sorts of comments over the nude picture with some condemning her for such conduct during Ramadan fasting.

Though Seyi is known for posting sensual pictures from time to time this half nude photo which was uploaded on her Instagram during the week, didn’t take her fans completely by surprise, though some of them stated that it was more risqué than usual.

Her followers and some celebrities also commended Seyi on the picture.

She wrote, “I cannot tell why/who is doing this, but my Instagram account has been compromised and my privacy is being violated. Seems to be a deliberate attack as the photos circulating are not from a recent exchange. Please ignore all messages from my account and do not share any personal information.”

However certain persons didn’t seem to be convinced by her explanation. ‘Pana’ singer, Tekno wrote on Twitter, “Show us everything if you want to trend… which one is back and chest?”

Media personality, Shade Ladipo, also commented on the issue. “So, I want to understand, if your Instagram account gets hacked, did they also hack your naked pictures from within Instagram? I’m asking for my neighbour o…if you want to show us breasts and butt, please do it like your mates and stand by it with your full chest. I’m here for the whole thing but please stop saying your account was hacked. We went to school, ma,” she wrote.

I don’t go naked, nobody fundles my breasts in movies – Judy Austin