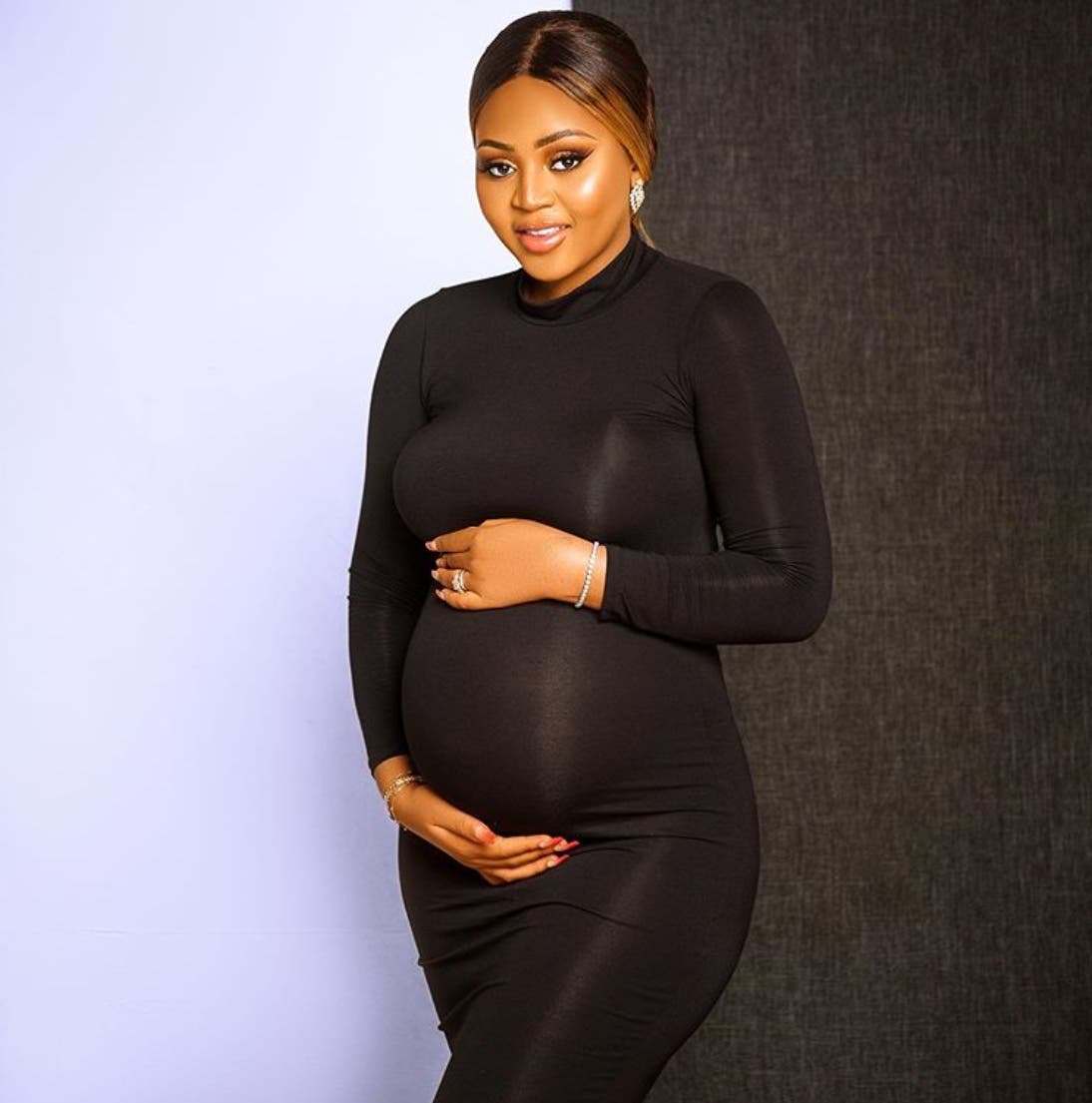 Regina Daniels, a popular actress and celebrity is heavily pregnant and has released some of her baby bump pictures, according to photos shared by her husband, Prince Ned Nwoko on Instagram.

The pictures has got her admirers talking and imagining how she would soon be a mother.

Although for sometime, there has been indications that she is pregnant but it has not been confirmed until now.

The photos were shared with a caption that reads “It’s now official, I’m excited that my baby @regina.daniels is expecting a baby”

“No doubt, it’s a good time for both of them and we wish her a safe delivery.”

It was also revealed by Adeniyi Ifetayo who is the Media and Publicity officer to the Billionaire and Antarctica explorer, Prince Ned, that there is a documentary coming out soon titled ‘Regina Daniels Nwoko Journey to Motherhood.