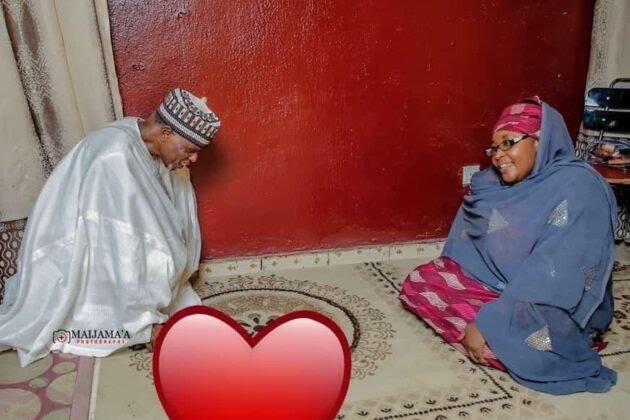 The Comptroller General of the Nigeria Customs Service, Colonel Hameed Ali on Saturday got married two years after losing his first wife.

Though, the marriage ceremony which took place in Kano, North West Nigeria was low key, CAPITAL POST observed that the new wife looks much younger than the retired Colonel, who is now the Comptroller General of the Nigeria Customs Service.

An ally of President Muhammadu Buhari, he was appointed as Comptroller General of NCS following the exit of Umaru Dikko.

Ali had previously served as military administrator of Kaduna State from 1996 to 1998.