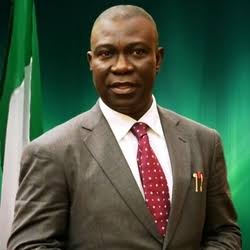 The Senate has condemned in strong terms what it termed a barefaced breach of the presidential order on overnight curfew and ban on non-essential interstate travels aimed at containing the COVID-19 pandemic.

Suspicious of compromise by some security officials, it has also directed the Inspector-General of Police, Mr. Mohammed Adamu and the Commandant-General of the Nigeria Security and Civil Defence Corps, Mr. Abdullahi Gana Muhammadu, to ensure full enforcement of the presidential orders and investigate the alleged complicity of their men in the breaches.

The resolution was sequel to a motion on “Need to Enforce Presidential Order Banning Non-Essential Interstate Movement”, sponsored by former Deputy President of the Senate, Senator Ike Ekweremadu, at plenary on Tuesday.

Moving the motion, the lawmaker representing Enugu West in the upper legislative chamber, said the Senate was alarmed at the spike in the number of COVID-19 cases in the country, which he said currently stood at 4,641 cases and 150 deaths as well as the daily confirmed cases, which he noted was now hundreds.

Continuing, he said: “The Senate is aware that the President, in his wisdom and relying on advisories by relevant authorities and powers conferred on him by Section 3 of the Quarantine Act, CAP Q2 Laws of the Federation 2004 issued the Proclamation Order on the General Management of COVID-19 banning non-essential inter-state passenger travels until further notice in order to contain the deadly novel Coronavirus.

“The Senate is also aware of the presidential order declaring dusk to dawn curfew all over the country.

“The Senate is, therefore, seriously worried by the numerous reports and trending videos on the flagrant breach of the curfew and interstate travel”.

He recalled that both the Presidential Task Force on COVID-19 had raised the alarm over what it described as “Increased level of interstate movement, worsened by the dubious concealment of people in food-carrying vehicles”, while the Nigeria Governors’ Forum had equally raised serious concerns over how Nigerians crisscross the country in their numbers despite the subsisting order to the contrary.

“The Senate, is however, very worried about reports of alleged complicity in the said breaches by those who are supposed to enforce compliance with the directives of the President and Commander-in-Chief of the Armed Forces”.

Consequently, the Senate unanimously enjoined Nigerians to strictly comply with the orders for their own safety and to quicken the nation’s victory over the COVID-19 pandemic.

It equally directed the Inspector-General of Police, Commandant-General of the Nigeria Security and Civil Defence Corps and heads of all security agencies charged with enforcing the ban on interstate travel “to investigate the alleged complicity of their officers in the breach of the curfew and ban non-essential interstate travels and bring to book anyone found wanting”.

The upper legislative chamber called on the two security chiefs to ensure that their various commands cooperate with respective State authorities in enforcing the presidential orders and other protocols aimed at rolling back the COVID-19 pandemic.

In his contribution, the President of the Senate, Senator Ahmed Lawan noted: “There is need for proper enforcement of the restrictions on interstate travels. Apparently, there is so much breach and interference. We need to seat up because this is a very serious challenge to our country”.

“Beyond the interstate travels, even the observance of social distancing sometimes suffers inside the states. So, it is very important that citizens do this because this is for ourselves and for our family members”, he concluded.

Related Topics:Ike Ekweremadu
Up Next

COVID-19: Namibia to save U$10.7 million, ban car purchase for politicians