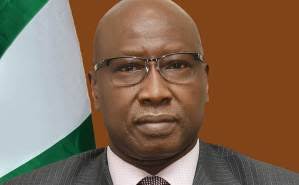 Kidnapped APC chieftain found dead in bush
A chieftain of rhe All Progressives Party and former Commissioner for Youths and Sports, Presely Ediagbonya has been found dead.
Though, details of his death was still sketchy,  his lifeless body was found on Monday in the bush after two days he was kidnapped.

Ediagbonya, a former Commissioner for Youths and Sports in Edo State was alleged to have been kidnapped from his farm at the weekend in Utesi, around Okada, Ovia North East local government of the State.

When contacted the State the Police Public Relations Officer, DSP Chidi Nwabuzor said: “speculations on the death is still sketchy because I am yet to be briefed.

“When I am briefed, I will come up with a detailed statement to members of the public,” Nwabuzor said.

Reacting,  Hon. Denis Idahosa representing Ovia Federal Constituency, Denis implored security operatives to increase their security presence in the Area in order to prevent a re-occurrence of such sad incident.

“The late Ediagbonya is an outstanding party leader with broad knowledge in party administration and grassroots politics”, the lawmaker said.

10 Chinese, One Ghanian arrested for illegal mining in Osun