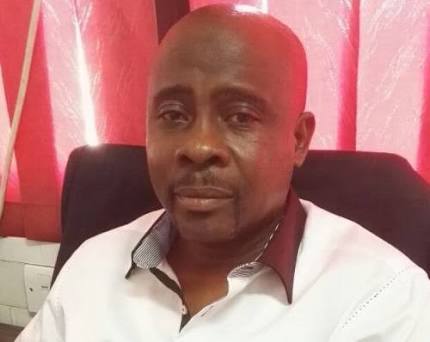 What a man can do, a woman can do better is the stereotyped saying that is coming to play, in solving the mystery behind the sharp increase in deaths in Kano. In the last one month, Kano has been in the news for mysterious deaths, as the city is said to have recorded close to a thousand deaths in less than ten days.

The list also includes the father of Dr. Sani Aliyu, Coordinator of the Presidential Taskforce on COVID-19, the mother of Yusuf Magaji Bichi, DG,DSS and parents of Professor Abdallah Uba, Vice Chancellor, National Open University of Nigeria, NOUN. Hajiya Shamsiyya Mustapha and Hajiya Nene Umma were among the prominent women that also died within the period in Kano. As I write this article, I also saw the post of a friend, Hamisu Umar Yakasai, announcing the death of his close friend, Lawan Abdu Fage.

Read Also:  My support for Matawalle's peace initiative and amnesty

Although there are various speculations about the causes, no epidemiological survey was carried out, with a view to scientifically justifying or debunking the speculations. The state government refused to admit the surge, saying such deaths are normal. How they arrived at that, I dont know, and I have seen the times of five Emirs in Kano, but never seen such an upward spike in deaths.

It was not until later, after a lot of pressure and public agitations, that the government reluctantly admitted to set up a committee, which released a preliminary report, hinting that majority of the deaths were as a result of illnesses like malaria, diabetes, hypertension and other underlining factors.

Dissatisfied with the government’s lackluster, a trio of female medical doctors took it upon themselves to do the needful, by conducting a survey, and their report seems to ridicule the government’s report.

According to the report of their fact-finding, there is a link between the strange deaths recorded in Kano State and COVID-19. The lady doctors, namely, Dr. Maryam Nasir, Dr. Zainab Mahmoud and Khadija Rufai, said at least 183 deaths were recorded in Kano State between April 18 to April 25, 2020, most of which were from febrile and respiratory illnesses.

Because laboratory tests were not conducted, the doctors said they could not authoritatively say Covid-19 was the causative factor, but they observed that most of the dead were elderly, with underlying medical conditions, who had contacts with suspected carriers of the coronavirus.

Out of 51 deaths studied in the report, 40 had no travel history. The report particularly took notice of a pattern, that followed the death of an elderly man, whose cause of death resembles that of COVID-19, one week after attending a wedding ceremony. The wedding and subsequent burials of the deceased, have spiral effects on the society, the report said.

“We initiated a research project to investigate the clinical presentation of COVID-19 in Kano state. However, prior to collecting our data, several media outlets, as well as reports on social media, purported an increased death rate in Kano metropolis. We utilized a similar method, verbal autopsy, used by the World Health Organization (WHO) during the Ebola outbreak. The first data set was obtained through direct family members (first-degree relatives) of the deceased and the second data set was from indirect sources (friends, neighbors, or relatives of the deceased). Our findings indicate a trend of febrile and respiratory illness that progresses to death within one to two weeks”.

On the instruction of the President, Kano is right now under a 14-day lockdown, while a team of experts from Abuja is collecting hospital records and interviewing families of those who died at home, to determine the actual cause of death. This is an attempt similar to what was done by the three lady doctors, albeit in different way.

Many medics have long suggested something similar to the government, but it turned deaf ears, until the situation almost became unbearable. Unless the federal government does something tough, public defiance would continue to be an issue.

While applauding these three lady doctors, for lifting the lid on the legend, we should also give them kudos, for the lesson they taught men, particularly in strengthening the saying that, indeed what a man can do, a woman can do better.

The government should move the challenge forward, by quickly increasing the number of testing centers in Kano. If we dont test enough, we wouldnt know enough.
That way, results would be gotten faster, so that treatment can commence faster.