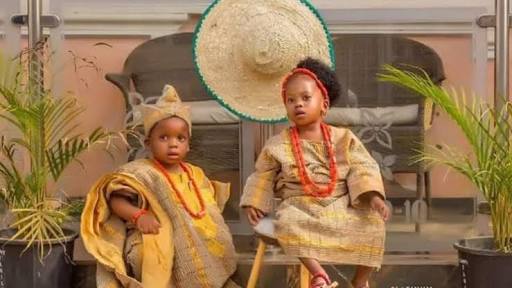 Sheikh Taofeeq Akewugbagold who is based in Ibadan, Southwest, Nigeria said, his twins who were abducted last Saturday are still in captivity.

He said the abductors have contacted the family demanding an undisclosed ransom from them, but worried over safety of the twins.

Akeugbagold who narrated how they were abducted on his Facebook post on Sunday said he was on his way to a studio to prepare for Ramadan message when he received the message of their kidnap.

The cleric said the children were kidnapped at gunpoint at his Ojoo residence in Ibadan on Saturday night.

The cleric called on people to assist him in prayers and begged the abductors to have mercy on the mother of the abducted twins who was barren for almost 12 years before she had them.

He wrote: “What a country! My twins were kidnapped at gun point at my Ojoo residence Ibadan, around 8pm on Saturday 10 minutes after I left my home recording lecture in a studio. “Everybody should pls for Allah’s sake assist me in prayer and beg the abductor to please be merciful with me expecially their mother who was barren for 12 years before having them. I’m begging not flexing.

This is their picture, help share widely. Oh my God!”. A family source who narrated the incident to our correspondent said; “the mother of the abducted twins rushed out of the sitting room when the gunmen entered the house.

Immediately they left the compound, the woman rushed downstairs and discovered that her twins were nowhere to be found. When she stepped outside, she saw that the gate of the house was wide open and later discovered that the intruders actually drove into the compound.”

The source noted that the gatekeeper was arrested based on allegations that he did not wait for the night guard to resume before he left and probably left the pedestrian gate open.

The intruders were said to have probably gained entrance into the compound through the pedestrian gate and later opened the big gate, and drove into the compound. As gathered, Akeugbagold’s driver is the one that has always been conveying the gatekeeper with a vehicle from the house whenever he was going home.

Those arrested include the personal driver to Akeugbagold, the gatekeeper as well as two followers of Akeugbagold, who have been identified as sermon interpreters.

The Police Public Relations Officer, Mr Olugbenga Fadeyi, told reporters that the command has intensify efforts to rescue the twins.

He said: “Yes, efforts have been intensified, arrests were made and currently the suspects are assisting the police in investigations. Four suspects have been arrested.”