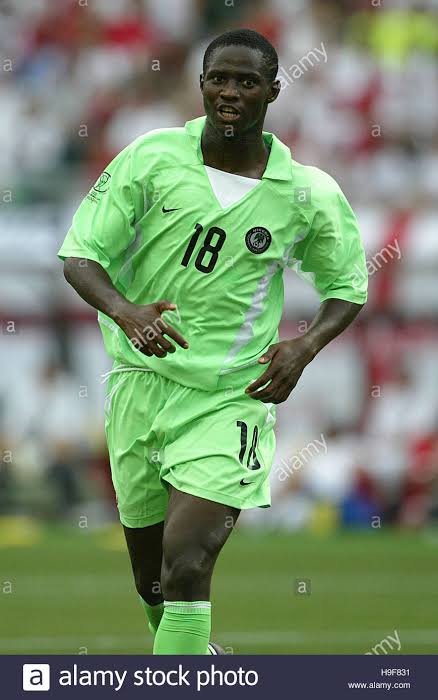 Former Super Eagles striker, Benedict Akwuegbu, says he regrets playing for the national team after rejecting an offer from Austria to represent them.

The 45-year-old, in a chat with Complete Sports, said after playing at the U-17, U-20, U-23 and the senior national teams, he deserved more recognition than he is getting from the Nigerian football authorities.

“It’s so sad that after serving my fatherland, the football authorities don’t seem to appreciate nor recognise my efforts,” Akwuegbu said.

“It makes me regret playing for the Super Eagles. It makes me blame myself, and ask myself why I rejected Austria (officials), who were all over me then to play for their national team, which I turned down in preference for Nigeria.

“If I knew I would be treated this way, perhaps I would have been much wiser. But then, that’s the prize I had to pay for being patriotic, holding tight to my love for the green and white colours of Nigeria.

“Till today, Austria still shows me love, they still recognise me to the point that I now wonder how it would have been if I had taken up their nationality and represented them at the senior level.”

He added, “I’m just being honest to my conscience. I’m not against the leadership of the Nigeria Football Federation. They are doing their best and obviously they cannot carry everyone along all together.

“But then, the field is large enough for them to increase the team (coaches) number. You have the Super Eagles, U-23, Flying Eagles, U-17. You also have the women’s teams – Super Falcons, Falconets and Flamingoes.

“You can appoint one ex-international to each of these teams. By so doing, nobody will complain. You have ex-Eagles stars like Taribo West and others who gave their all to Nigeria but not recognised now nor engaged. It is not fair.”

Akwuegbu was part of the Golden Eaglets side to the U-17 World Cup in Scotland in 1989, before stints with the Flying Eagles and the U-23 team.