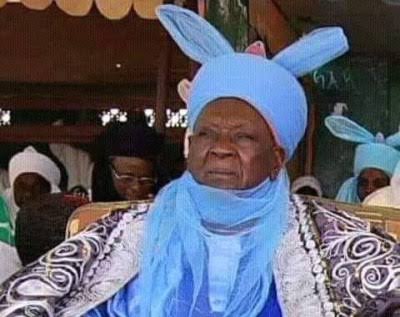 The Emir of Daura, Umar Faruk who’s palace was sealed by governor Aminu Masari was reportedly sick and is in the intensive care unit of the Federal Medical Centre, Katsina for an “undisclosed ailments” on Tuesday May 5.

It was reported that the Katsina monarch was moved out of the palace in Daura at about 1 am, to Katsina town where he was admitted and moved into the Intensive Care Centre of the hospital.

A source close to the palace said the Emir of Daura was rushed to the hospital after his health worsened on Tuesday.

“Today, the health status of the Emir of Daura worsen as he could not talk and even walk. So, we had to rush him to the Federal Medical Centre in Katsina.”

This is coming after Dr Mustapha Inuwa, Secretary to the State Government confirmed that the monarch’s palace was sealed after coronavirus cases were recorded.

It is also speculated that the Emir might have contracted coronavirus as Kastina’s index case, Dr Aminu Yakubu was his personal physician.

There was a report that the late Yakubu met Emir Umar and his first wife, Hajiya Binta Umar shortly before he died from Coronavirus complications.

CAPITAL POST reports that Katsina governor ordered the sealing of Emir’s palace following confirmation of COVID-19 case among officials of the palace.

Related Topics:COVID-19Emir Daura
Up Next