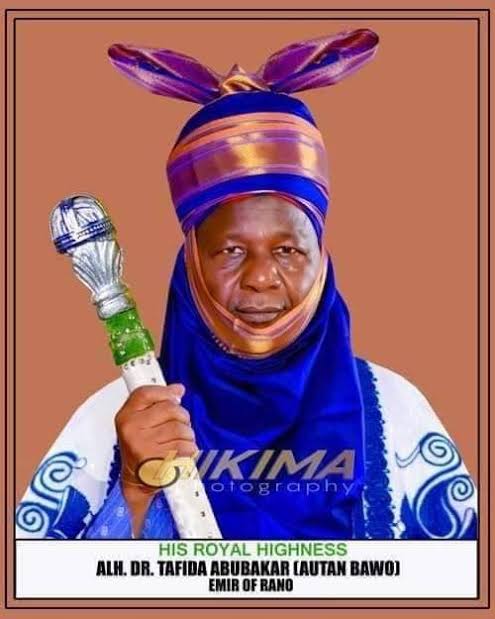 Dr. Tafida Abubakar Illa II, the Emir of Rano is critically ill and has been hospitalised in Kano.

He is one of the four Emirs of the newly created emirates in Kano State by Abdullahi Ganduje administration.

CAPITAL POST could not confirm if his illness is related with COVID-19 or not.
He was taken to Aminu Kano Teaching Hospital (AKTH),  Kano,  but was later  referred to Nassarawa Specialist Hospital for further medical attention,  according to sources.

“As I am speaking with you now (around 2:55PM), the vehicle that is conveying the emir to Nassarawa hospital just left the premises of AKTH. The condition of the emir was critical as at the time they departed AKTH.”

Confirming the development, one of the traditional title holders in Rano emirate, who craved for anonymity, said the emir was first rushed to AKTH but for lack of oxygen he was referred to Nassarawa hospital.

The said: “The emir is in critical condition and from the look of things, it could be a case of COVID-19. May Allah protect us all, but the situation is alarming.”

Related Topics:Dr. Tafida Abubakar IllaEmir of Rano
Up Next

Atiku explains reasons for sacking staff on May day