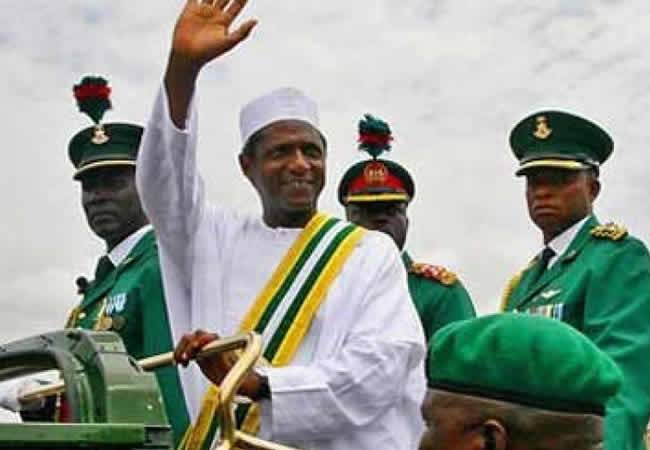 The  former Deputy President of the Senate, Senator Ike Ekweremadu, has paid glowing tribute to former President, the late Umar Yar’Adua, on the 10thanniversary of his passing on.

Writing on his Facebook page, Tuesday morning, Ekweremadu, in a short tribute entitled “Yar’Adua: Remembering a Leader, True Democrat, and Bridge Builder”, described the Katsina-born former President as a man of peace and justice.

He recalled that it was Yar’Adua, who approved the designation of the Akanu Ibiam Airport, Enugu, as an international airport after many decades of denying the South East a direct access to the world, created the Ministry of Niger Delta, and restored peace in the region through the amnesty deal with militants.

Read Also:  COVID-19: We are mobilising relevant agencies to speed up certification of essential items - Adebayo

The Senator equally revealed that he had nominated Yar’Adua for the 2010 Nobel Peace Prize for choosing dialogue and suasion instead of force in resolving the Niger Delta challenge, although he did not eventually win the prize.

Ekweremadu wrote: “We lost a leader in the late President Yar’Adua 10 years ago. When in July 2007 I led a delegation of South East Senators to discuss challenges facing the region with him, he was surprised that the South East had no direct access to the world and he graciously broke the jinx by designating the Akanu Ibiam Airport, Enugu an international airport.

“He wrote his name in gold by creating the Ministry of Niger Delta in 2008 and pulled the amnesty deal in 2009 to restore peace, security, economic stability, and promote development in the region. I actually nominated him for the 2010 Nobel Peace Prize. He didn’t win, but the world noted that he was a man of peace and justice.

“May God continue to have mercy on his soul and continue to grant his fine, gentle soul a peaceful repose. Amen.

“Continue to rest in peace, Sir”.