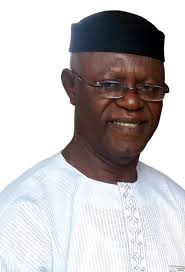 A truck pusher who reportedly returned from Kano to Makurdi, Benue State capital has exposed Almajiris who have been hiding in their numbers.
His return attracted a tip off from the Wurukum Task Force which led to Benue State government to again raid a hideout of Almajiris where he was also hiding.

Wednesday’s raid is coming few days after the government repatriated 59 almajiris to their states of origin in Bauchi and Katsina.

The committee, which raided the hideout, ensured all safety and precautionary measures were taken before the suspects were taken for testing and Isolation.
Abounu said they would be repatriated after their states of origin have been confirmed.

Related Topics:AlmajirisReturneeTruck pusher
Up Next

Fears a Daura Emir is hospitalised over suspected coronavirus