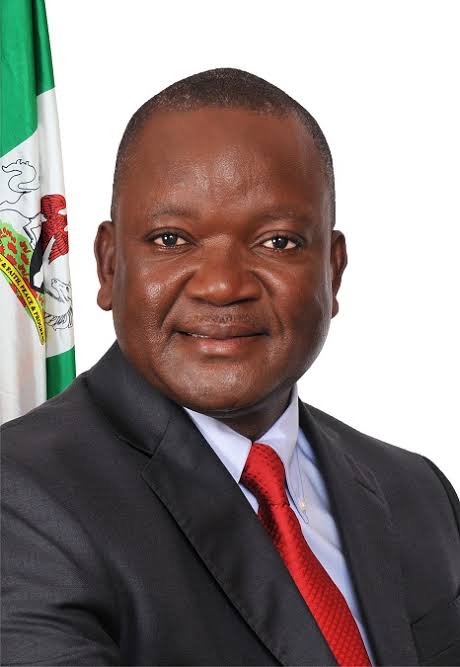 Governor Samuel Ortom on Tuesday inspected the closure of the border between Benue and Enugu State as part of efforts to prevent the spread of coronavirus in the state.

Speaking at Inyi, a border community between Benue and Enugu where the road was barricaded, Governor Ortom urged Nigerians to unite in waging the war against the spread of the dreaded disease.

He encouraged those who have no reason to go out to stay at home and save themselves and others from the virus, stressing that the pandemic is real.

He called for collaboration of  Surveillance and Security Team of the Action Committees from the two states to work harmoniously and grant passage to those on essential duties.

He stated that travellers who were not on essential services should be properly checked and quarantined, if possible.

Police Commissioner, Enugu State and leader of the delegation, Ahmad Abdurrahman, accompanied by other heads of security agencies, said they were on routine inspection of entry points in and out of Enugu State.

He stated that lapses observed during the inspection were adequately communicated to the enforcement teams of the Action Committees from both states, stressing that they were happy to witness the presence of Governor Ortom.

Meanwhile, Govenor Samuel Ortom has promised to upgrade facilities at the General Hospital Otukpo before its eventual takeover by the Federal University of Health Sciences for conversion to a Teaching Hospital.

Making the pledge today after inspecting facilities at the general hospital, the Governor said Otukpo, as central as it is, deserves quality healthcare centre especially at this time of COVID-19.

Ortom “directed the state Commissioner for Housing and Urban Development to make an overview of ongoing work on the hospital and divide it into four phases based on priority for necessary action.”

He urged the people to, “adhere to preventive measures against COVID-19 such as social distancing, frequent hand washing, and staying at home when they have no reason to go out.”

Related Topics:COVID-19Samuel Ortom
Up Next