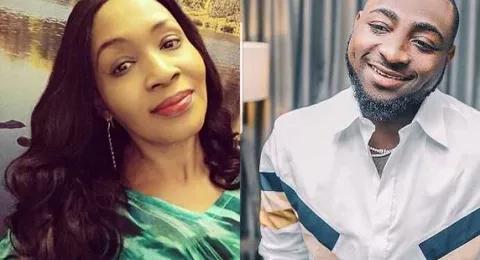 Olunloyo was reacting a day after David Adeleke claimed that he had acquired a mansion at Banana Island with pictures which he personally released to the public.

Kemi Olunloyo believed that Davido’s claim was nothing short of a lie.

In a recent tweet, the controversial journalist cited different circumstances where the singer had made such bold proclamations, which never materialized. She dared Davido to post the title and deed to the said mansion if indeed he has any.

She tweeted, “David Adeleke didn’t post the title of his house. You told us you are buying a new private jet, it was your dad’s. A cooking show for Chioma, never launched, Porsche for Chioma never driven, Wike gave you money to groom artists, no artist. A sick audio clout life”

“In property law, a title is a bundle of rights in a piece of property in which a party may own either a legal interest or equitable interest.

“It also refers to a formal document, such as a deed, that serves as evidence of ownership. Post your title and deed papers” She added.

CAPITAL POST recalls that Davido claimed he bought the Banana Island mansion with proceeds of songs he sang about the Island.