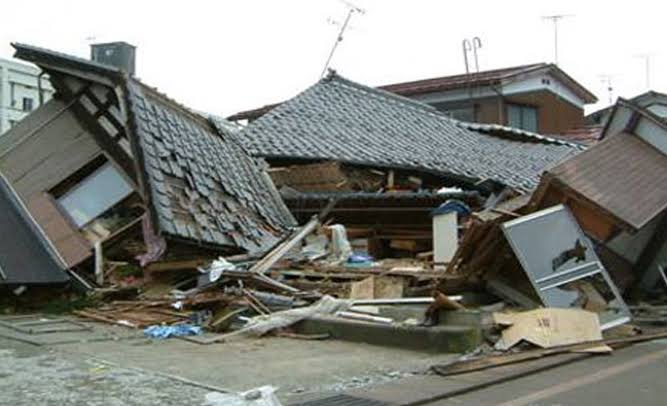 Two soldiers lost their lives, while another sustained serious injuries after a classroom collapsed on them in Ugya, Toto Local Government Council of Nasarawa State.

The names of the deceased soldiers are; Michael Victor and Hussaini Sabo, while the injured soldier is Abdullahi Sanusi.

The commanding officer of the 177 guards battalion, Keffi, Lt Col. Musa Muazu Aliyiu, disclosed the incident when the chairman of Toto Local Government Council, Alhaji Nuhu A. Dauda, visited the community to condole with the army officers in the area.

He told the chairman that the incident happened around 1:07 am on Tuesday, when his men were hiding at the back of a classroom block,  adding that a heavy storm suddenly blew off the roofing and part of the classroom’s wall fell on them.

He said the two deceased soldiers were trapped to dead, saying their bodies were later evacuated from the rubbles, including the injured and taken to the University of Abuja Teaching Hospital morgue.

“In fact, it was a sad day for us here in this community when the unfortunate incident happened that led to the death of two of our men, while one other, who sustained injuries, is currently receiving treatment at the University of Abuja Teaching Hospital, Gwagwalada,” he said.

The commander further told the chairman that since they were deployed to the community to combat incessant cases of kidnappings, armed robbery and terrorism, eight soldiers and one vigilante member have lost their lives during encounter with terrorists in the axis.

“But I am assuring you that our men are on top of the situation, because it is quite worrisome that virtually most of the communities have been deserted due to activities of armed bandits, robbery and terrorists,” he said.

Earlier, the council chairman said he led some senior members of his cabinet to come and condole with the army officers over the tragic incident.

The chairman presented a cheque of N2 million to the commanding officer on behalf of the local government to the family of the deceased soldiers and the injured soldier.

He assured that the local government will continue to give support to the army deployed to the area to checkmate activities of armed bandits and terrorists.

Related Topics:CollapseTwo soldiers
Up Next