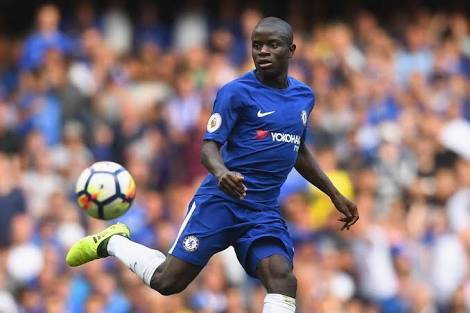  
Chelsea boss, Frank Lampard, has sympathised with midfielder, N’Golo Kante, whose four or five incredible seasons have had a damaging impact on his fitness.

Kante has featured in over thirty-three top-flight games in each of the past four years in England.

The 29-year-old has been one of the best midfielders in the world, winning two Premier League titles with Leicester City and Chelsea, and the FIFA World Cup with France in 2018.

“We had four or five of those [injured players] when we finished playing recently.

“N’Golo Kante is obviously a great example because he has played four or five incredible seasons in terms of his individual success, and he has been used quite rightly by his managers a lot.

“This season, he has played only about 40% of our games, and even then, it’s been difficult for him, and I have really felt for him on an individual level. He’s been a huge miss for us.

“Looking forward, whenever a restart comes, we want to get him in the best shape.”

Kante is currently on self-isolation after the Premier League was suspended indefinitely due to the spread of coronavirus across the world.

Related Topics:Chelsea Football club
Up Next