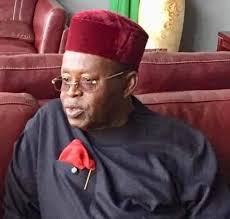 He was said to have slumped and died Sunday without any sign of ailment.

The source said: “Senator Okoro just died my brother, he wasn’t sick, he just slumped and gave up the ghost,” a close relative who craved for anonymity broke the news.

The former lawmaker who was elected on the platform of the Alliance for Democracy (AD) before joining the Peoples Democratic Party in 2001 served as Senate Committee Chairman on Industries as well as member, Police Affairs, Agriculture and Niger Delta committees.

Related Topics:DieFidelis Okoro
Up Next