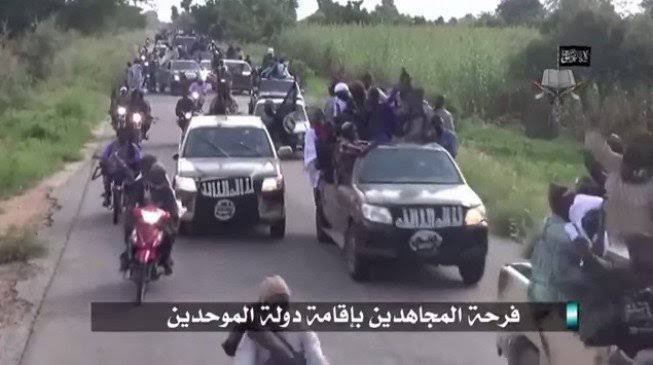 An eyewitness has revealed how some suspected members of Islamic terrorist group, Boko Haram hijacked bags of rice which the WFP planned to distribute to IDPs in Maiduguri, Borno state.

WFP is the food assistance branch of the United Nations (UN) and the world’s largest humanitarian organisation addressing hunger.

It has been distributing food items to IDPs and other vulnerable groups in the state worst hit by insurgency.

Maigari Bala, a driver, who witnessed the incident, said that the insurgents struck in the Damboa road axis of the ancient town.

“They laid siege to the road around 3pm this afternoon. They seized a truck loaded with rice which was meant for distribution at an internally displaced persons (IDPs), camp in Damboa,” he said.

Read Also:  Boko Haram governor: Why Mailafia should not be demonised

“We took to our heels when we saw them in very large numbers. They were shooting everywhere and chanting ‘Allahu Akhbar’.”

Bala said the insurgents did not kill anyone but were only interested in the foodstuff.

Bashir Isa, another driver, who was on his way from Biu, another community in Borno, expressed how lucky he was for not running into the armed men.

“On a normal day, they would have killed everyone in sight, but this time around, they came for food,” he said.

“I thank God that I didn’t run into him.”