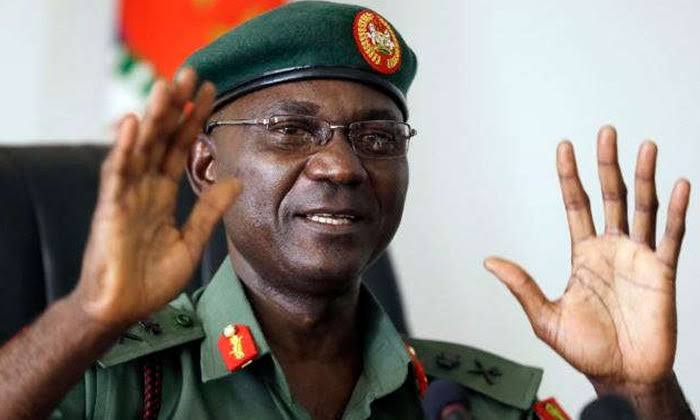 Nigeria military has disclosed that the most wanted and notorious criminal element, Terwase Akwaza, popularly known as Gana, has escaped military’s onslaught by the whiskers.

The military raided his hide out in Mtan village, Utenge Council Ward in Katsina-Ala Local Government Area of Benue State on Saturday, May 16, 2020, but he escaped with gun shot wounds.

Defence Headquarters’s media Coordinator, Major General John Enenche in a statement in Abuja explained that the Special forces who have been on the trail of Terwase Akwaza caught him off guard, but he escaped.

This is coming a week after the “second most wanted criminal” in the state, Terugwa Igbagwa, was killed by the military during a raid.

Gana who has been the Benue and Taraba’s nightmare was places on the watchlist of the Benue State government in connection to killings in Zaki Biam area of the state in which Governor Samuel Ortom placed a ransom on his head.

The Nigerian Police Force, and the Special forces of the Nigeria military had in 2017, intensified effort to get him but had since then evaded arrest.

“Special Forces deployed in Gbise and Zaki Biam in Benue State which carried out the raid, killed two of Gana’s men, while others escaped with gunshot wounds.

“In a special operation, a combined team of Operation WHIRL STROKE Special Forces troops of Sector 2 deployed in Gbise and Zaki Biam in Benue State and Sector 4 from Taraba State carried out a raid operation on the hideout of the wanted notorious criminal named Gana in Mtan village in Utenge Council Ward of Katsina-Ala LGA of Benue State on 16 July 2019. Two (2) of the gang members were neutralized and others fled with various degrees of gunshot wounds. Exploitation revealed that Gana narrowly escaped death with gunshot wounds,” the statement reads briefly.

Meanwhile, the statement further disclosed that, seven members of the Bassa militia were arrested by troops of Sector 3, in Doma Local Government Area of Nasarawa State, following information that they were planning to attack some Tiv villages over land disputes.

“Troops of Sector 3 deployed at Ondori in Doma LGA of Nasarawa State acting on credible intelligence that a group of Bassa armed militia were planning to attack some Tiv villages over land disputes.

“Troops raided their camp located at Kpelebewa village in Rukubi area of Doma LGA of Nasarawa State. Troops apprehended Seven (7) members of the Bassa militia dressed in Red shirts in the camp.

The suspects, according to the statement, are currently undergoing interrogation and would be handed over to the Nigeria Police.