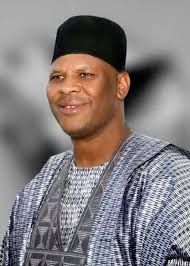 The party leaders in a letter to the National Chairman of the party, Comrade Adams Oshiomhole dated April 1, 2020 said the expulsion followed a petition against the federal lawmaker.

Read Also:  Nasarawa is home base to APC in Nigeria - LG boss

The party in the letter signed by Musa Barade, chairman of the APC in Kumo East and 20 others, said upon receipt of the petition, the ward executive committee constituted and inaugurated a seven man facts finding committee to investigate the allegations leveled against the lawmaker.

“That the anti-party activities of Hon Usman Bello Kumo against the election of Alhaji Muhammad Inuwa Yahaya at the 2019 general elections as governor of Gombe state is an infamous conduct, cannot be tolerated and its contrary to the provisions of the party’s constitution as enshrined in article 21, paragraph A(1) and (2) 2014 as amended.

“That the car donation by Hon Usman Bello Kumo to an interloper, one Garba Inuwa Gona, who is not even a constituent of Akko Federal Constituency, simply because he insulted our party leader, Senator Muhammad Danjuma Goje on Progress Radio, Gombe clearly demonstrated his indiscipline, immorality and a total disrespect to the leadership of the party, the Governor of Gombe State and would certainly have an adverse effect on the progress, peace and stability of our great party.

“That Hon Usman Bello Kumo is hereby dismissed/ expelled from the All Progressives Congress with immediate effect from today 30th day of March,2020,” it read.

The party urged local and state executive to adopt their resolutions and further recommend to the National Executive for ratification.Pending Show quoted text