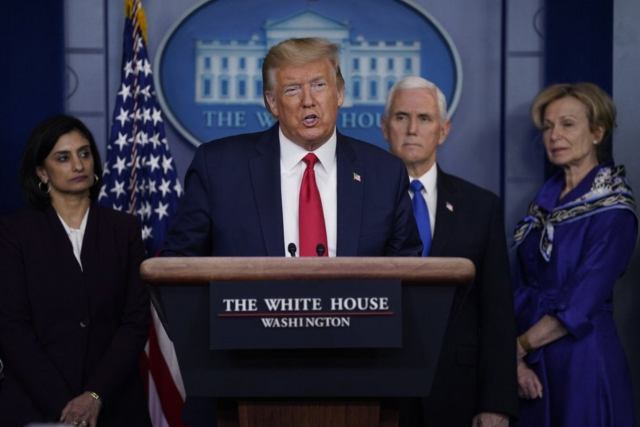 Experts on Friday dismissed as reckless and irresponsible US President Donald Trump’s suggestion of injecting disinfectant to treat patients with COVID-19, the disease caused by the new coronavirus.

“Is there a way we can do something like that, by injection inside (the body)?”, Trumps asked at his daily briefing Thursday, having said that disinfectant knocks out the virus “in a minute”.

“Because, you see, it gets in the lungs and it does a tremendous number on the lungs,” Trump continued, apparently referring to disinfectant. “So it would be interesting to check that out.”

In interviews and on social networks, doctors and others dismissed Trump’s idea out-of-hand.

“This notion of injecting or ingesting any type of cleansing product into the body is irresponsible, and it’s dangerous,” Vin Gupta, pulmonologist and global health expert told NBC News.

“It’s a common method that people utilise when they want to kill themselves. ”

“We have already seen people mistakenly poisoning themselves by taking chloroquine when their hopes were raised by unscientific comments,” noted Parastou Donyai, director of pharmacy practice and the University of Reading, referring to a malaria drug Trump has promoted as a treatment for COVID-19.

Last month an Arizona man died and his wife was put in critical condition after ingesting chloroquine phosphate, an additive used to clean fish tanks that is also found in the medicine promoted by the US president.

Injecting a toxic substance “gives very little time to step in and reverse the injection of a poison,” Donyai warned.

“As a public service, please stop airing these coronavirus briefings, they are endangering lives,” he tweeted. “And please do not drink or inject disinfectant.”

“Boycott this propaganda — Listen to the experts,” he added.

At least two manufacturers of cleaning products sold in the United States issued statements after Trump’s address, warning people against using them as a treatment.

“Under no circumstances should our disinfectant products be administered into the human body (through injection, ingestion or any other route,” Reckitt Benckiser, the UK-based maker of Lysol and Dettol, said in a statement Friday.

Related Topics:DisinfectantDonald Trump
Up Next