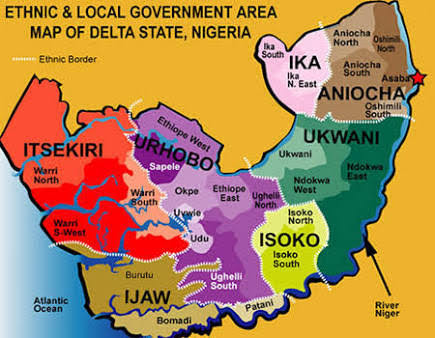 There was pandemonium at ogunu community in Warri South Council Area of Delta State as a soldier on Thursday allegedly shot dead a middle-aged man identified as Mr Joseph Pessu, two days into the lockdown order by the Delta government.

The deceased was allegedly killed by the soldier while attempting to escape from his Toyota Camry car after breaching a security checkpoint.

According to a reliable source who spoke to Vanguard under strict anonymity, the deceased had suspiciously drove through a police checkpoint at Ubeji community with his car without a plate number making the police who were not armed to alert soldiers who were on patrol for enforcement.

According to the source, “When the deceased refused to stop, the soldier went after him and shot at one of the rear tyre. The young man continue to drive the car with a burst tyre until he got to Ogunu junction and blocked the road with his car, jumped out and started running.

Read Also:  Buhari at 78: If only we knew this President

“It was then the soldier assumed him to be a suspect and shot at him. Immediately, the incident happened, the soldier drove directly to the Area Command of the Nigeria Police to report himself.

Vanguard learnt that angered by the incident, irate youth moment after in reprisal attack allegedly lynched two naval personnel and had their motorcycle burnt at the scene of the incident.