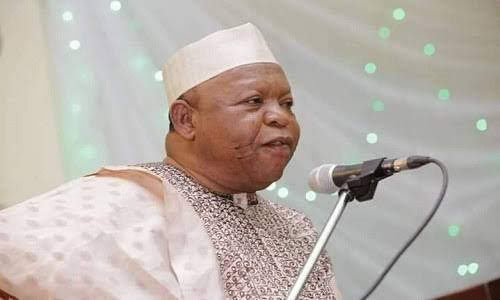 The story of every state cannot be separated from the biography of its people and their respective contributions. However, the poignant story of the current state of the confluence state makes the people of Kogi ponder where, when and how and they got it wrong and on whose shoulder things went wrong.

Kogi State, was carved out of Kwara and Benue on the 27th August 1991 by the administration of former President Ibrahim Babangida, was a dream come true for the people. The people have continually tried to put the State on the threshold of rapid socio-economic transformation until lately.

Today, even travelers journeying through the state either from the North to the South or South to North would wonder if humans are still existing under those giants rocks that are the only visible things within that axis.

Delving into the political progression of Kogi State, the respective political pilots and the current retrogression, one could spot the strewing spot and the events that led to this crawling in developments.

In 1999 when democracy was restored to the people, Prince Abubakar Audu was re-elected into office as the first democratically elected governor of Kogi State on the platform of the erstwhile All Peoples Party (APP).

Audu’s re-election bid failed in 2003 governorship election that ushered in Alhaji Ibrahim Idris who piloted the affairs of the state from 2003 to 2012. In 2012, Capt. Idris Wada mounted the ship and successfully sailed on till 2016 when Alhaji Yahaya Adoza Bello took over till date.

The socio-economic contribution of Audu who is an Igala and the first man on the line-up of rulership, is to date a point of reference to the generality of the people and many aspiring leaders even though critics will never stop faulting him in a bid to demean Igala rulership.

Among his many achievements as recorded during his brief first term of office include the establishment of three different housing schemes for public officers consisting of over 1,500 housing units in Lokoja, the transformation of Lokoja township with asphalt roads, street lights, aesthetic roundabouts, the construction of inter-township and rural roads, over 75 electrification schemes and 50 water projects.

Prince Audu went on to establish Kogi State Polytechnic, the establishment of a television station, radio station (both AM and FM), a state newspaper and the transformation of the colonial residence of Lord Lugard into an ultra modern government house complex. The construction of office blocks for ministries as the new state had no office accommodation, the construction of shopping arcade complex to enhance commercial activities, among others.

He also pioneered the construction of the first ultra modern state liaison office in Abuja. His administration also built an ultra modern stadium and a five star hotel in Lokoja, the Confluence Beach Hotel.

He took steps to woo prospective investors to harness the numerous solid mineral potentials in the State. The big prize was the establishment of Obajana Cement Factory. The project, which was on going before he left office, attracted the support of the United States Government. During the visit of former U.S. President Bill Clinton to Nigeria, the State Government signed the agreement with the US Trade Development Agency (TDA) for a grant to finalize the feasibility work on the project. The cement project is now operational.

The establishment of the state highest citadel of learning, Kogi State University Anyigba, is another testimony to the vision and resourcefulness of Audu. The foundation stone was laid on 30 November 1999, when former President Olusegun Obasanjo, visited the state. About a year later, the president returned to Anyigba during a state visit to commission the university complex.

Other landmark projects he completed within four years include: 250 units housing estate, a sport complex, a specialist eye hospital and 25 other medical institutions. Others were a government girls secondary school on student exchange programme, 350 borehole schemes, 300 kilometers of township roads, the procurement of 100 transit buses and completion of 40 rural electrification projects.

He was also named the best governor in the 1999-2003 dispensation, despite being a governor on the platform of the opposition, the ANPP.

However, the political twist that removed Audu left a scar on the state. Even after all legal battles, Audu was unexpectedly ousted by unpopular Alhaji Ibrahim Idris (Ibro) as at then. Ibro succeeded because the cabals who smuggled him in over powered Audu and capitalized on his perceived arrogance and style of leadership. The departure of Audu left a noticeable bent on Kogi State and political analysts would know something had gone wrong at that point. However, the state wasn’t not in a too bad state when Ibro left the office.

Ibrahim Idris, otherwise known as Ibro, was another Igala man elected as the Governor of Kogi State in April 2003, and reelected in April 2007, under the platform of the Peoples Democratic Party (PDP).

While he reigned, consideration was given to both human capital development and infrastructural development. The flagship of his legacies in health was the establishment of the 400-bed-capacity Specialist Hospital and Referral Centre in Lokoja, the state capital. In education, about 2,000 primary school blocks of four classrooms and offices each were built across the state. Every village or Ward in the state could boast of at least one block of the signature schools.

After achieving full accreditation for all its 29 academic programmes in 29 months, Kogi State University, Anyigba became the best state owned university in the country during Idris stewardship.

That is not all. Idris constructed about 1,500 units of houses for workers in Lokoja and across the 21 Loal Governments. All major roads in the state capital were dualised. Other notable dividends were the International Market, Confluence Stadium, State Secretariat Phase II and the 50million liters capacity Greater Lokoja Water Scheme.

One thing noticeable in Ibros’s administration and the previous administration was that each tried to bring the state out in one area or the other. The state, at least, stood out among states in certain areas. But the departure of Ibro was not a smooth one for democracy because godfatherism was felt and it was obvious that that power was only handed over to Captain Idris Wada behind closed doors.

Captain Idris Wada’s administration, another Igala man, was a bid decline in development but was not pretty bad as he was able to make some in-road in infrastructural advancement in the construction of housing estate (Ganaja-Ajaokuta road, Felele), 750km of roads including Ganaja-Otokiti dual carriage bypass, Ankpa township road, Ankpa-Ojoku-Okaba road, Egbe, Kabba township roads and others currently going on, over 300 rural electrification project, rehabilitation and construction of hospitals including the establishment of the college of medicine at the Kogi State University, Anyigba and the construction of Kogi Diagnostic and Image Hospital, Lokoja.

His other strides include building and renovation of classroom blocks and hostels accommodation in the tertiary institutions across the state, water supply; the completion of Greater Lokoja Water Scheme, provision of intra-city bus service scheme and the recently commissioned world-class transport facility; the Lokoja Mega Terminal which cost the state over N2billion, construction of eleven story-building Kogi House, Abuja and the establishment of multi billion naira Allo Cement Company at Itobe-Ofu local government area in partnership with foreign investors, and so on.

The defeat of Wada at the poll portrays regrets in the mind of people as it was obvious that everyone wanted Audu back. People were already fading up and had realized they have missed it somewhere. But Kogi never saw Audu coming back even though he had successfully ousted Wada.

Alhaji Yahaya Adoza Bello, an Ebira man, became the governor after Audu who the people voted for never lived to see the end of the election. Bello who initially lost the race to Audu at the level of party primary election was obviously not the people’s choice. He was however installed as the governor by the party national excos in Abuja with few Kogites on ground as requested by the court.

Without mincing words, the efforts of Yahaya Bello so far has not given the state any better push. Kogi is currently retrogressing as the state can no not boast of any tangible thing that stands it out in the committee of states at the moment. In the build up of the state through the previous administrations before the coming of Yahaya Bello, each administration had a milestone achievement that puts the state on the limelight and makes it enviable at certain points.

Things have obviously gone wrong and the crack points are noticeable. This is not the Kogi State we used to know and hear of.

Related Topics:KogiPolitical twist
Up Next

Opinion: What Africa must do to mitigate the damaging effects of coronavirus