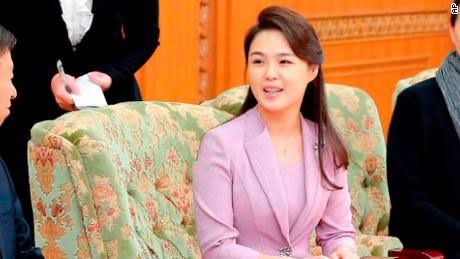 The sister of North Korea dictator Kim Jong-un is lying in wait to seize power if her sibling dies from the mystery illness which has struck him down.

Kim Yo-jong could be even more ruthless than her brother has been in his eight-year rule, experts warn.

The supreme leader has shown no mercy to dissenters in the world’s most secretive country, including members of his family.

He has also provoked the US and its ally South Korea with missile tests, demonstrating his ability to strike both countries.

And there are fears his sister, who shares his passion for weapons development, could do more of the same to “show her mettle”.

It comes amid growing rumours about Kim Jong-un’s health after his disappearance from public view and claims he suffered a heart attack.

Prof Natasha Lindstaedt, an expert on totalitarian regimes, told the Daily Mirror gender would be no barrier to being accepted by the political old guard as the new “god-like” tyrant-in-chief.

If so she would continue the family’s unbroken grip on the country, started by Kim Il-sung in 1948.

Prof Lindstaedt said: “I don’t believe that her being a woman will weaken her position if she takes over as leader.

“These people are not viewed or portrayed as even being human-like to the people of North Korea – as we have seen with Kim Jong-un.

“They are presented as gods who can make everything better.

“If she became supreme leader the same would apply to her and she would become god-like and every portrayal of her would do the same thing.

“It is possible she will adopt an even harder line than her brother in dealing with the rest of the world because of the level of poverty.

“There is nothing else – it is all they have. I do believe she is as tough as her brother and she has been very visible in recent times.

“Often new leaders feel they must be tougher than the previous one.”

Computer science graduate Ms Kim – is the fifth and youngest child of the late Kim Jong-il, who her brother succeeded as leader.

Kim Jong-un was dubbed ‘the little dictator’ as childhood of excess groomed him for tyrannical rule.
thescottishsun.co.uk
 

Related Topics:North Korea
Up Next