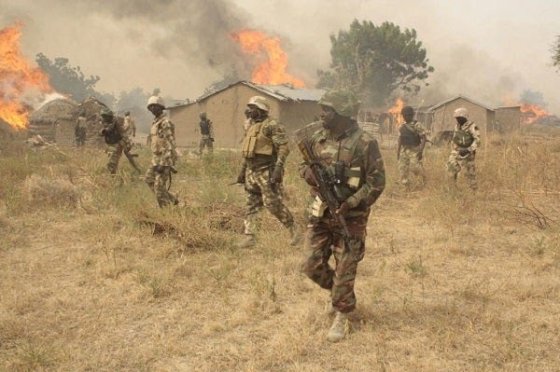 It was a bad day for Boko Haram cell in Nasarawa, North Central Nigeria, as the Military in swift operation, eliminated four of their fighters.

In a recent operation, members of Boko Haram who are trying to establish a base in Nasarawa came under the Military firepower.

According to Abdulsalam Sanni, a top military commander who made the disclosure in an interview with BBC Hausa, he revealed that the four slained terrorists were members of a sect of the dreaded Boko Haram.

”Their modus oprenandi is just that of Boko Haram. Yes, the sect is an offshoot of Boko Haram. We’ve been monitoring them. We raided and killed 4 of them. We will get the others,” said Commander Abdulsalam.

”We recovered some weapons from them during the encounter. We know they are Boko Haram from our intelligence. We monitored them for a long time, ” he said.

“It was a successful operation. Though we couldn’t make an arrest, we were able to kill 4.”

”It’s not over, we will be on their trail. I won’t disclose their location. In the beginning, they were operating at Edu. Because of their strange activities, they were dispersed. Later, they regrouped at Toto.”

”We got the last Intel and burst their cell. They are really members of Boko Haram,” he said.