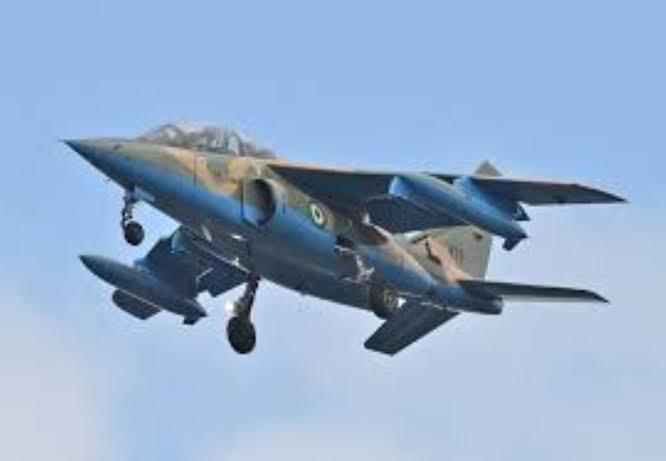 Fighters of the Islamic States of West Africa Province (ISWAP) suffered heavy casualties as the Armed Forces of Nigeria (AFN), on Sunday, bombarded them in the North East, around the fringes of Lake Chad.

Major General John Enenche, Coordinator of the Defence Media Operations (CDMO), in the Defence Headquarters (DHQ), made the disclosure in an operation update released to the media.

The CDMO said that the terrorists were neutralized by the Air Task Force of Operation LAFIYA DOLE on Saturday, at Kolloram on the fringes of the Lake Chad in Borno State.

“The operation was conducted based on credible intelligence reports indicating that some of the ISWAP leaders and fighters had converged in the settlement for a meeting.

“Overhead the target area, the terrorists were seen moving towards the edges of the settlement and were engaged, leading to neutralization of several of them.

“The few survivors were taken out in subsequent passes as the jets strafed the area,” General Enenche said.

He assured that the Armed Forces of Nigeria, in furtherance of the objective of restoring peace and security in the North East, will intensify offensive operations against the enemies of the nation.