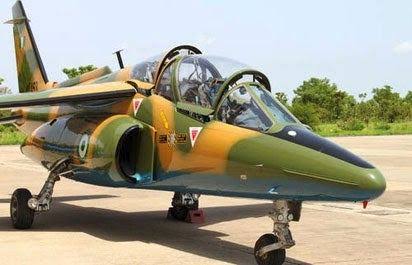 Read Also:  Dismissed police remanded in prison for impregnating own daughter in Niger

Enenche explained that on April 21,  the airstrikes were carried out on the basis of reliable human intelligence as well as surveillance, tracking and recognition missions that contributed to the identification of target compounds within the settlement.
He clarified that the Air Task Force fighter jets sent to take out the compounds scored accurate hits in the target area contributing to the destruction of some of the structures.

“Boko Haram fighters, who attempted to reposition to engage the attacking aircraft, were mopped-up in follow-on attacks by the jets.

“The Armed Forces of Nigeria in furtherance of the objective of restoring peace and security in the North East, will sustain the offensive against the enemies of our Nation,”.
[Read: Corps member builds toilet for Yobe community]