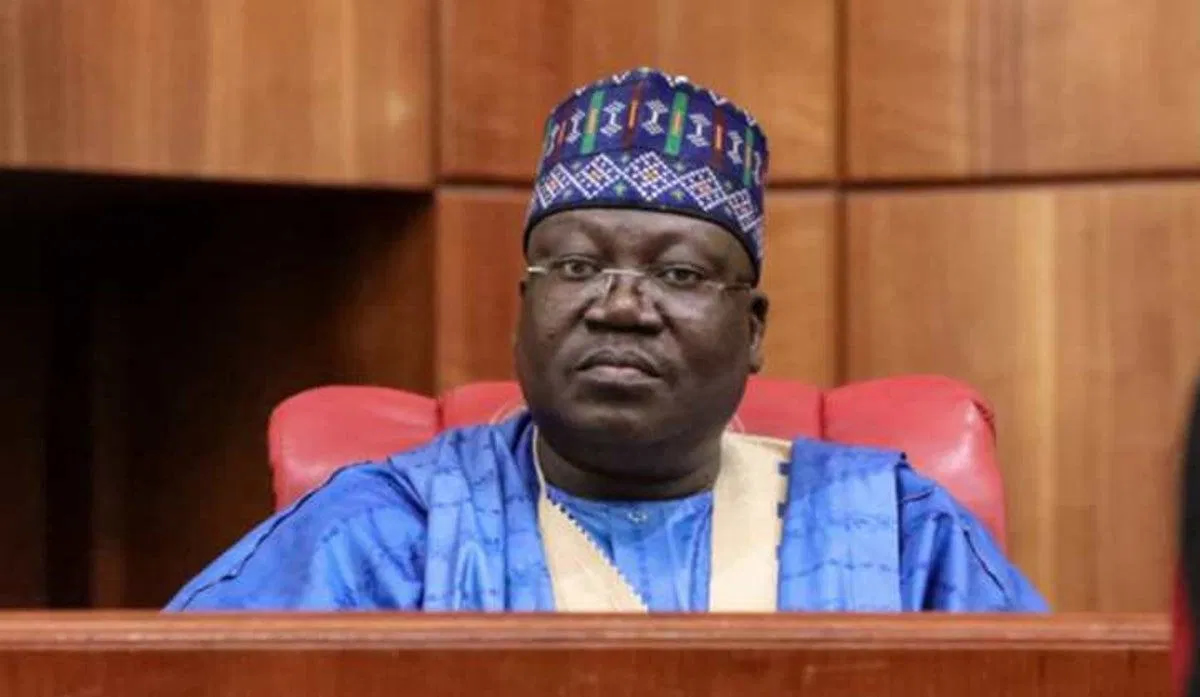 Senate President, Dr Ahmad Ibrahim Lawan on Thursday came hard on the Special Adviser to the President of Social Investment Programme, Mrs Maryam Uwais for lacking understanding in how the legislature works.
In a statement issued by the Special Adviser on Media and Publicity,  Ola Awoniyi,  it said, the reaction of executive arm of government to the position of NASS leadership on Social Investment Programme (SIP) showed a misunderstanding.

According to the statement,  some media organisations portrayed the outcome of meetings of 7th  April,  2020 with the executive arm erroneously, saying,  “it wasn’t enough to put up a spurious allegation against the lawmakers.”

The statement said:  “The attention of the leadership of the National Assembly has been drawn to reactions to some newspaper reports on its meeting with the Honourable Minister of Humanitarian Affairs, Disaster Management and Social Development, Hajia Sadiya Umar Farouq, which held on Tuesday 7th April, 2020. adsbygoogle || []).push({});

“The leadership of the National Assembly had called the meeting as part of the Legislature’s collaborations with the executive arm of government for effective management of the Coronavirus pandemic in Nigeria and mitigation of the harsh effects of the measures adopted in this respect on Nigerians.

“The focus of the said meeting was the National Social Investment Programme (NSIP), which is the vehicle that Government  is using to convey its palliative packages to the most vulnerable Nigerians against the backdrop of the lockdown called in many parts of the country to check the spread of the deadly disease.

“It is worth noting that NSIP has been in existence since 2016 and has been pursuing President Muhammadu Buhari’s determination to alleviate the conditions of especially the poorest in society.

“At the meeting with the minister, the leadership of the National Assembly made some observations on aspects of the NSIP and recommended that the implementation process be finetuned and the scheme be backed with legislation to make it more efficient, effective and accord with global best practices.

“Although the official Press Statement issued at the end of the meeting clearly conveyed the deliberations and resolution of the meeting,  some misrepresentations   appeared in the reports by one or two newspapers.

“Specifically, there was nowhere in the statement that NSIP was described as a “failure” as reported by The Nation newspaper or a “scam” as reported by the Sun newspaper. Also, there was no mention of N2 trillion or any amount whatsoever in the statement.
“Virtually all other Media Houses published or broadcast the Press Statement accurately except for the errant reports mentioned above.

“The comments at the meeting were not made to denigrate any official but to make the scheme more effective in the delivery of its critical mandate and these comments were well taken by the Honourable Minister and her delegation.

“The minister was honest enough to admit that the NSIP had some “challenges” and also bedevelled with “intrigues” which she was yet battling with.

“The leadership of the National Assembly would not have suggested an enabling legislation for the NSIP if it does not believe in the relevance of the scheme.

“We believe this misrepresentation misled the Special Adviser to the President on Social Investments, Mrs Maryam Uwais to issue a rejoinder containing unfortunate insinuations which were totally extraneous to the discussions at the meeting and the contemplations of the National Assembly.
“It is true that the leadership of the National Assembly pointed out gaps in the implementation of NSIP.

As the representatives of the people, it is a key constitutional mandate of the Legislature to oversight, review and make recommendations for better implementation of important programmes of Government.

“That, in summary, was what was done at Tuesday’s meeting.

“The observations made by the Senate President, Ahmad Lawan and the Speakers of the House of Representatives, Rt. Hon. Femi Gbajabiamila, captured the views of  many Nigerians. These observations also reflect feedback from the people they represent who are the targeted beneficiaries of the scheme.

“We, therefore, take strong exception to the innuendo by the presidential aide that her rejoinder was issued towards “safeguarding the entitlements of the poorest of Nigerian citizens, whose benefits are likely to cease because they are not known or connected to NASS members or any other person of influence.” That insinuation is unfair to the members of the National Assembly and entirely baseless.

“Public office holders should be receptive to constructive ideas and suggestions expressed to enhance service delivery and to improve the performances of public projects and institutions.

“The leadership of the National Assembly is committed to sustaining its cordial working relationship with the other arms of Government as it has seen the benefits of this approach in the improved environment and speed of policy and decision making.

“But this commitment will never deter or discourage it from asserting its considered views in promotion and defence of good governance.

“We urge officials and agencies of Government to exploit their access to the Legislature in making clarifications before reacting to newspaper reports on its deliberations.