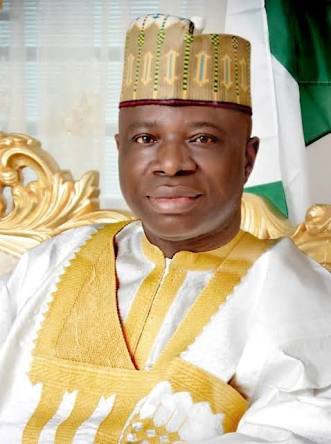 Senator representing Kogi Central Senatorial district,  Yakubu Oseni is facing the wrath of the Constituents from the Central Senatorial district for distributing one cup of rice per family.
The lawmaker’s effort in cushioning the effect of sit down at home order by the State government ran into the ire of Constituents who earlier learnt of the largersee only to be confronted with a cup of rice by his agents.
CAPITAL POST learnt that three bags of rice were sent to each ward to be distributed to party members.
To make the situation worse, Oseni’s aides who were tasked of sharing the rice were also accused of diversion scandal,  thereby compounding issues for the lawmaker.
The grumbling was more among the people in remotest areas of the district who expected much,  but got nothing because,  “They were later told that the rice has finished. ”

A constituent said: “I am saddened at the level we have sunk in this country. Both the leaders and followers aren’t sincere with each other as the first are busy diverting the resources meant for public development, the later were busy diverting the little one released by the former.

Women group who spoke with our correspondent in Lokoja explained: “we were made to know that “relief materials” brought by Senator Oseni Yakubu to the good people of Kogi central was diverted by those in charge.
“What is wrong with our people? In this critical period, why would anyone have guts to divert relief materials meant for public? Even though we know that majority of Ebirans have nothing to lean on.

The so called women and men leaders who diverted the said relief material would soon turn themselves to “rice sellers” while those whose name were written would go an borrow money to buy it from them in an exorbitant price.

They accused the lawmaker of being docile in his own things,  saying that his aides have stolen what he meant to give to the people.
How can they be sharing 3 bags of rice to each ward?  So, each house hold went home with one cup of rice.

“Kindly call those you entrusted the relief materials on to come an give account on how they shared it or else, we would tag you as nothing but a #scammer who came to deceived us with one cup of rice.”

At least, nothing hold you this time to do the sharing yourself as everywhere is lockdown. Be proactive for once.
However, the lawmaker was yet to react to the development to confirm the allegation.