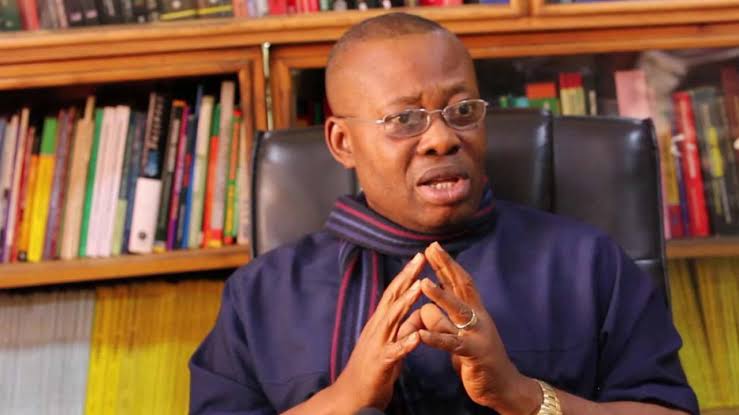 Barr. Monday Ubani, a former 2nd Vice-President of the Nigerian Bar Association (NBA), on Friday said he is deeply disappointed by the utterances of Governor Yahaya Bello of Kogi state over the handling of the COVID-19 pandemic in the state.

Ubani, in a chat with Daily Independent, said rather than be an ambassador to Nigerian youths, the governor is embarrassing them through his utterances and actions.

The governor in a recent interview had said the state has developed an application that residents can use to ascertain whether persons with symptoms of coronavirus should report for testing.

According to the governor “So far, we have established about three isolation centres in the state. As God would have it, we have not recorded any issue. What we did was to develop an app that we launched and ensured that all citizens in Kogi State have access to that particular app.

“We carry out serious sensitisation and whoever is exhibiting any symptom, if you just simply log on to that app and follow the simple instruction, you will know whether you should come for any test or make any adverse report. ”

However, Ubani who said it is appalling that the governor has not made any provison because the state has not recorded a single case also wondered if the application mentioned by the governor has been approved by the Nigeria Centre for Disease Control (NCDC).

“I see such a pronouncement from an executive governor of a state in these trying times as statement that doesn’t have any logic and credibility. It is just appalling. That application he mentioned that he is using to test the status of the citizens has not been approved by the NCDC as being accurate”.

“Also, for the fact that I also heard that he has not made any provision at all for any patient because nobody in the state has tested positive, I think that there is something fundamentally wrong somewhere”.

“It is a very huge disappointment for such a state governor at this critical time when people are making arrangements for some of the unanticipated consequences of this pandemic. That a governor is saying he has not put any structure in place at all in the state is utterly shocking”.

“I think it is just a comedy on his part, and that it is coming from a governor everywhere places so much hope on in terms of the fact that based on his age, he is one of those people have been saying he is representing young Nigerians in government. We have been having so many old men running Nigeria and now that we have a young man like the Kogi governor, I don’t think he is representing the interest of young Nigerians very well. Rather than representing the youths of Nigeria, I think he is embarrassing them”.

“That he has not made any arrangement because he has not tested anyone positive in Kogi is not something a serious government should make as a pronouncement. It is very appalling and a totally embarrassing statement” Ubani said.

NUPENG calls for sacking of Lai Mohammed for telling lies