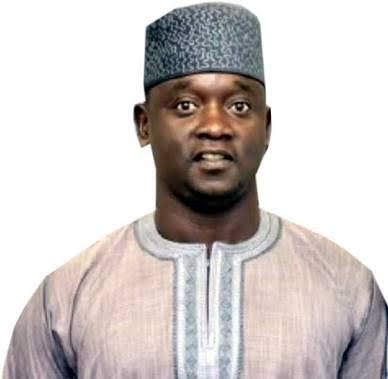 The Commissioner of Internal Security and Home Affairs in Kaduna state, Mr.Samuel Aruwan on Saturday read the riot act to bandits, anarchists and other killers in the state.

In a first meeting with  Major General Chukwuma Okonkwo, the new Commander of Operation Safe Haven  at Sector 7 Basein Kafanchan, Kaduna South with its headquarters in Jos, Aruwan said government will not negotiate with criminals.

Aruwan said, “government will not compromise on security issues as it would neither relent in its efforts in tackling the criminals nor entertain any distraction.

‘’Government will not succumb to emotions and diversionary tactics.
“We have a constitutional and statutory responsibility to protect lives and property and we will continue to pursue that course. Everyone must have recourse to the law,’’ he said.

He explained that ‘’only government and the courts of law have the power to arbitrate and dispense justice, and the law is blind in this regard. God is the giver of life, and no group of individuals can stake a valid claim to wipe out any race of people.’’

He recalled with sadness those who lost their lives in killings and reprisals in Kaura, Kauru, Jema’a, Sanga and Zangon Kataf Local Government Areas, either due to ethnic or religious skirmishes.

He, however said that despite the challenges of tackling the criminals, ‘’several successes were achieved in the area of de-escalating conflicts, containing threats to law and order and curtailing the spate of wanton killings. ‘’

“Some officers and men paid the supreme price in the line of duty, and some survived with severe injuries.
“May the souls of the departed rest in peace, and we pray for the speedy recovery for the injured. ‘’

“There are instances where they came under heavy attack. They applied tact and professionalism in line with the standard best practices as they did the needful. These are giant strides and we can’t forget in a hurry,’’ he said.

He however, prayed that the new Commander would cooperate with him in their effort of keeping Kaduna safe.

Read Also:  Those getting married to get drug clearance certificate - NDLEA

He enjoined citizens of Kaduna State to take advantage of their Operations Room of the Ministry of Internal Security and Home Affairs, which worked 24 hours, as part of their strategy to improve human intelligence gathering. Incidents, threats.

In his remarks, Major General Okonkwo assured Kaduna State Government of a sound relationship, adding that Operation Save Haven would review the request of the state government.

Related Topics:KadunaSamuel Aruwan
Up Next