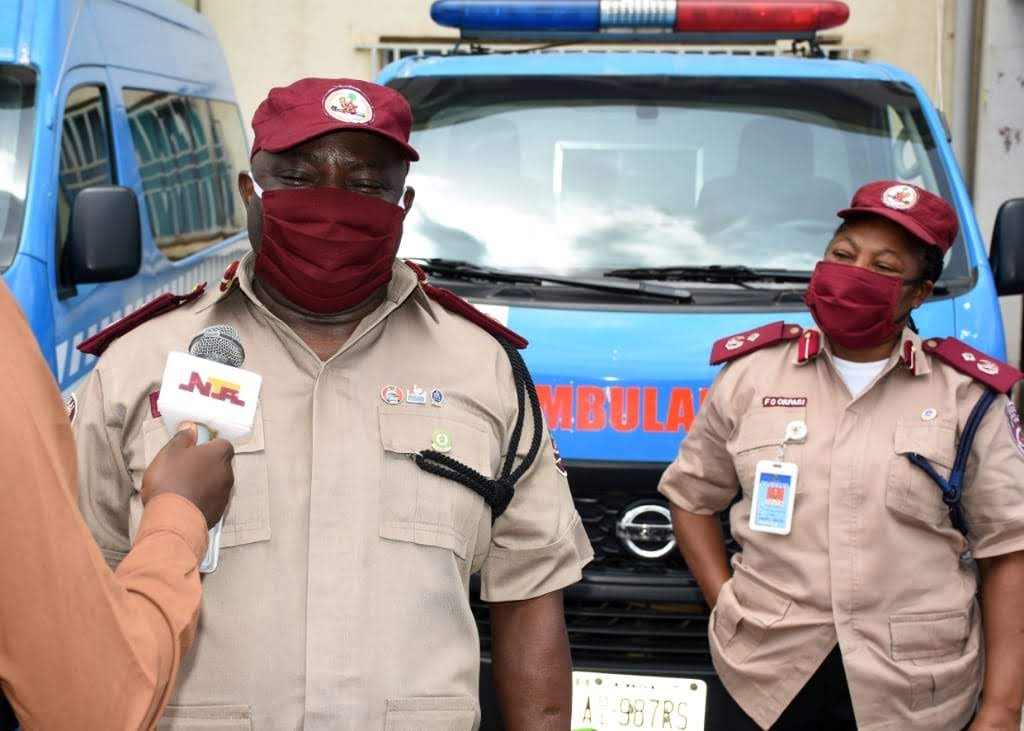 The Corps Marshal, Federal Road Safety Corps, Dr Boboye Oyeyemi has approved the release of 5 basic life support ambulances  together with teams of medical personnel of the Corps and 30 active Close User Group lines, to the Presidential Task Force on COVID-19 as part of its commitment towards facilitating prompt evacuation of coronavirus victims from point of identification to isolation centres.

In a statement by Bisi Kazeem, the Corps Public Education Officer, the approval came shortly after the request was presented to the Corps by the Country Director, United Nations Decade of Action on Road Safety and Traffic Injury Prevention in Nigeria and the Coordinator, Ambulance and Emergency Response Unit of the Presidential Task Force on COVID-19, Dr Sydney Ibeanusi on Friday at the National headquarters of the Commission.

According to Kazeem, Dr Sydney who presented the request on behalf of the PTF noted among others that FRSC has always been at the fore front of national commitment and at this moment of global emergency, the PTF seeks to further the existing collaboration with the Corps in the area of emergency response services in a bid to enhance established collective efforts geared towards combating the dreaded virus.

Dr Sydney also stated that the need to activate the ambulance service system has become grossly consequential at this time that records have shown a consistent rise in the number of infected persons in the country which is already less than two dozens away from a thousand cases.

He noted that irrespective of the fact that other agencies have also donated a number of ambulances for the said programme, the need for more cannot be over emphasised. He assured the Corps that the personnel detailed on this assignment will be fully catered for with adequate personal protective equipments, and accommodation.

The detailed FRSC health workers will be first subjected to intense training on personal protection, handline of victims and decontamination of the vehicle among others. They are to work for 2 weeks, after which they will be subjected to 2weeks isolation by the PTF in designated centres and certified negative before they can be allowed to reunite with their families and report back to duty.

Read Also:  COVID-19: Fintiri vows, he wouldn't lock down Adamawa for any reason

The Corps Marshal while reiterating the  commitment of the Corps to the fight against COVID-19 in the country said that the Corps will always be readily available to offer the services of both personnel and its operational tools to support the Presidential Task Force in conquering the dreaded unseen enemy.

Osinbajo speaks on challenges of fighting coronavirus in Nigeria