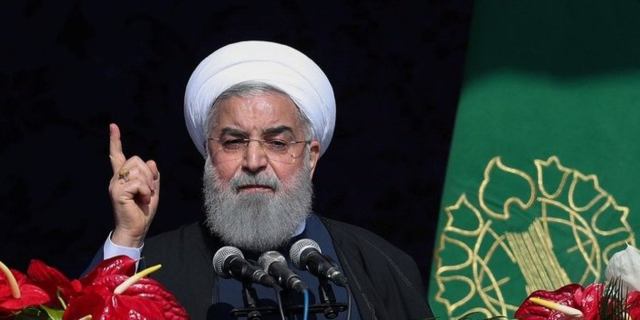 Iran’s President Hassan Rouhani said Sunday the country had won a legal “victory” over $1.6 billion of its assets that had long been frozen on a US request in Luxembourg.

Tehran and Washington have long been arch enemies and tensions have risen sharply since President Donald Trump in 2018 withdrew from a nuclear accord and reimposed stinging sanctions.

In a separate dispute, a New York court in 2012 ordered Iran to pay $7 billion in damages over the September 11 attacks, arguing that it had aided Al-Qaeda by allowing its militants to travel through its territory.

Iran has rejected the accusation and refused to pay the money.

Rouhani said in a televised cabinet meeting Sunday that “our central bank, our foreign ministry [have] recently won a very good victory in a legal battle”.

“$1.6 billion of our money was in Luxembourg and the Americans had put their hands on it,” he said.

After trying for months, “we succeeded some days ago and freed this money from the Americans’ grasp,” he declared.

The Luxembourg Court of Cassation had devoted an April 2 hearing to the case of Iranian assets frozen there on a US request, according the investigative news site Paperjam.

The court is yet to make its decision public.

But Rouhani hailed a victory in a “difficult situation” for Iran, which has been battling the Middle East’s most deadly novel coronavirus outbreak.
Sanctions-hit Iran has requested a $5 billion emergency loan from the International Monetary Fund to battle the outbreak.

But the US, which effectively holds a veto at the IMF, has signalled it has no intention to allow the loan, alleging that Iran would use the money to fund “terror abroad”.

Tehran in 2017 unsuccessfully attempted to repatriate the $1.6 billion frozen in the Clearstream clearing house, a financial company based in Luxembourg.

A judge denied the demand at the time and ruled that the assets would remain temporarily frozen in the small EU nation.

Billions of dollars in Iranian assets were also frozen in the US and Europe as part of efforts to push Tehran into a nuclear deal with world powers, which was finally signed in July 2015.

Trump in 2018 withdrew from the so-called Joint Comprehensive Plan of Action and reimposed tough sanctions that have severely damaged Iran’s oil sector and its wider economy.