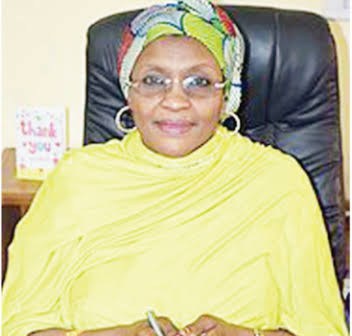 She said there was records of 621 violations of minors with over 100 cases in Courts, noting that young boys were also not spared by sex predators.

Talking tough, she insisted on protection of minors across the state, saying that anyone caught violating minors in the state would face the wrath of law.

Citing a case involving a private school proprietor in the state who had confessed to having sex with a pupil in his school and her biological mother, the Commissioner noted that it was a case of rape.

She commented on the alleged rape case of Mr. Samuel Ejikeme, Proprietor of Liberation College Kaduna in “Let’s Talk” program monitored by CAPITAL POST, She said,” there is a law in Kaduna state protecting the children, signed and gazetted and that’s the Child Welfare and Protection Law. adsbygoogle || []).push({}); ”

“So if people know that we have a law in place, there is no how they should not respect that law.

Mr Samuel is a proprietor of a school where you find children there. I’ve seen that there is crèche for babies nursery, primary and secondary both junior and senior.
“But as a proprietor, he is also a father. He is also supposed to protect these children.

“Unfortunately, there was concern from some organizations that sent a letter that Samuel had abused a child of 9 years.  I now forwarded the letter to the Civil Defence Corps to check because we have a child protection desk officer there.

“Investigation was carried out, Samuel was invited and he confessed to the allegations. He even wrote a statement.”

“When I heard of settlement, I became disturbed because even the mother of the child agreed to the settlement and he has started paying.”

”I now decided to invite Samuel to my office and find out what was going on.  Actually, I got the report from Civil Defense including the hospital report from sexual assault referral center from Gwamna Awan Hospital Kakuri.”

“I invited Samuel for a meeting, he came and told me he knows the girl, normally picks her from home…he said he knows the mother..I asked in what way? He said he has been sleeping with the mother and that mother has 4 children.”

“I said how can you sleep with the mother and then violate the child ? I said for the mother you are all adults, but certainly not the child.”

“He now looked at me and said,” please Hajiya make we settle. I’m ready to pay.”

“It was the greatest insult. I said do I look like somebody who will settle with you when you violate a child? I now called them to rearrest him because he was released on bail.”

“I wrote a report to the Ministry of Justice so that they will continue with prosecution.

I warned parents to be careful with their children.  May be that was not the first time, if we continue to investigate we may find more.The security officers should investigate further to really find out if there are other children.”

”In Kaduna, the safety of children is of paramount importance .”

“Samuel is still under detention .We have over a hundred of such cases in the court  Violation of minors in last year, we had 621 violations that do not include the Local Governments. The figures are not looking good and we are working tirelessly to ensure justice for all.”

On why the Liberation College was demolished, she said, “for us as government we are looking for the welfare and protection of children; that’s why the school building was demolished.”

“Does he even has the building permit?”