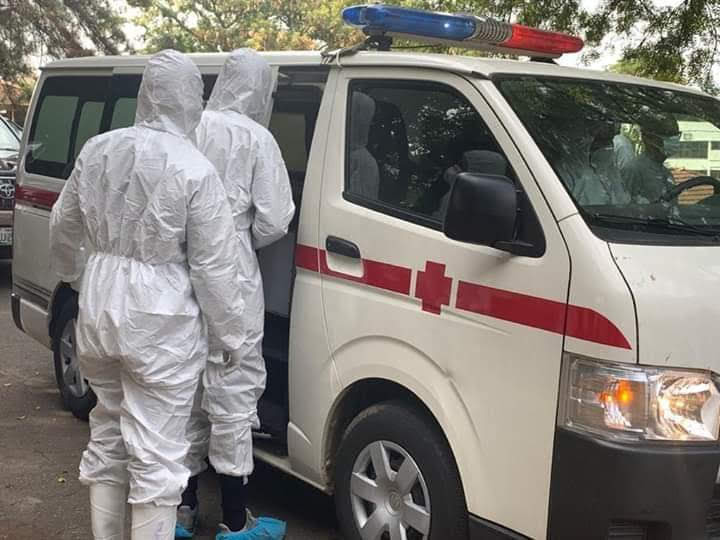 ‌Ekiti State, South West Nigeria has recorded its first death of coronavirus patient as a 29 year old Lagos based health worker has died.
She was delivered of a baby last week before she died.

The Commissioner for Health, Dr Mojisola Yaya-Kolade, said the woman died around 6.58am on Wednesday.

Yaya-Kolade said she sneaked into the state and received medical attention in three facilities following her prolonged labour before she was tested and confirmed to be positive for COVID-19.

She at a press briefing on COVID-19 situation in the state, expressed regret that the late COVID-19 patient infected a 45-year-old medical doctor, who is the fourth case in the state, and receiving treatment at present.

She said, “The woman showed signs of stability on Monday, but unfortunately, her condition deteriorated yesterday (Tuesday) and we lost her exactly 6. 58am today (Wednesday).”

The commissioner said the Federal Teaching Hospital, Ido Ekiti, where the patient died, had been disinfected since the woman was hospitalised, urging patients and members of the public not to stigmatise the hospital or be afraid to patronise it.

Yaya-Kolade, who said the 78 persons that had contacts with the woman and the medical doctor,  had been traced and placed in isolation. She assured residents that “the state will proceed with its surveillance and engaging the people on sensitisation, to ward off COVID-19 in Ekiti.”

With this, Ekiti has recorded one death, treated and discharged two patients and has one active case at the moment at the isolation centre.

Also speaking, the Special Adviser, Office of Transformation and Delivery, Prof. Bolaji Aluko, said youths and traditional rulers across the state had been co-opted into the border closure policy for efficiency and strict adherence to the rules.

Aluko, who said the state government had also begun prosecution of lockdown violators, said fines and community service were being imposed as sanctions.

The special adviser, who disclosed that Ekiti had received 1,800 bags of rice from the Federal Government as part of the palliatives being distributed to cushion the effect of lockdown on the populace, said “various community organistions and groups are helping in distributing them to our people.”

Related Topics:coronavirusEkiti State
Up Next